Round Trip to the Jazz Planet, AKA Detroit 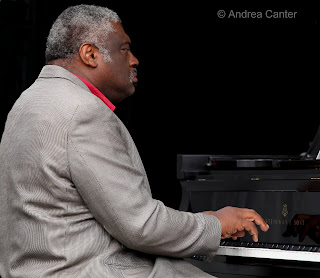 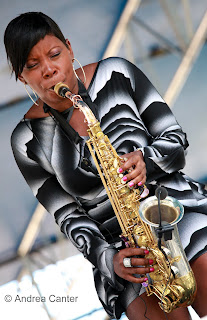 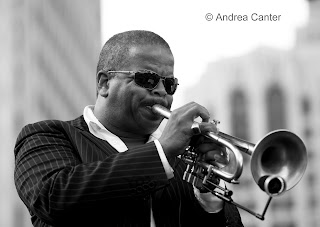 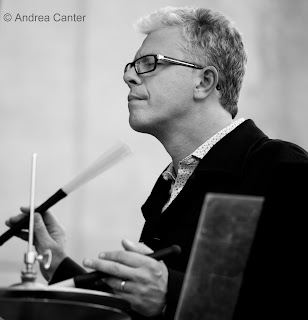 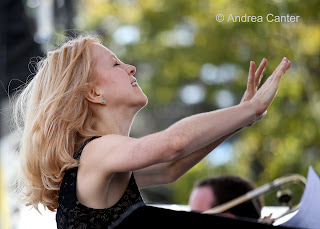 My friends Keith and Linda and I have this routine down cold. For Labor Day Weekend, we fly out of the South St. Paul airport on Friday morning in Keith’s 4-passenger Bonanza. We arrive at Willow Run airfield in Ypsilanti midday, rent a car, and take off for 3 ½ days of nonstop (really) jazz that runs the gamut from early swing to avant garde, with big helpings of Detroit-spiced bebop and sprinklings of Motown and soul. We stay through til at least the first part of the final big band set in the Carhartt Amphitheater on Hart Plaza and pack up for our flight home Tuesday morning. The annual Detroit Jazz Festival has become our annual pilgrimage to a city that manages to rise above its internal challenges to welcome 750,000 jazz fans and literally “put on a happy face.”

This year we had to punt. High winds aloft. Icing at 4000 feet. Same forecast for Saturday made a minor one-day delay even iffy. So we did the unthinkable. We drove the 700 miles between Minneapolis and Detroit. What was officially an 11-hour trip took a good (or bad?) 14 hours, hitting the Chicago/Gary tollway maze on the late Friday afternoon of a holiday weekend. We arrived at our destination in Detroit around midnight, missing the festival’s opening sets with Take Six and Tower of Power. (Not to dismiss these great bands, but last year, we would have missed the opening gala with Chick Corea and Hank Jones. In comparison, this was a minor annoyance.)

The drive was not all torture and farm fields. In 14 hours held captive in a Subaru Forester, you can hear a lot of music. We happily went through a stack of CDs, everything from Kind of Blue and the Best of Karrin Allyson to preview copies of upcoming releases from The Bad Plus, Charles Lloyd, and Anat Fort. (Stay tuned for a blog on our “Road Music.”)

Was the drive worth it? Essentially, and musically, absolutely. The 31st annual Detroit Jazz Festival surprisingly seemed to generate as much enthusiasm and crowd ecstasy as did the more celebrity-laden 30th anniversary festival in 2009. The weather was near perfect if a bit cool and windy to start; a few passing sprinkles on Monday were barely noticed. The main stages seemed to overflow more quickly than ever, earlier in the day. The blue-shirted regiments of volunteers were upbeat and helpful (as always); and the crowds reflected the world that defines Detroit diversity. This isn’t Monterey. This isn’t Montreal. This isn’t a ticketed, “reserve now or be left out” affair. This is Detroit. It’s the largest all-free jazz festival in North America. Maybe the world. No one seems sure. What’s sure is that the level of international and national talent equals any other jazz festival on earth; the number of “headline” acts per day, as far as I can tell, also equals any other jazz festival on earth. (Montreal goes on for 12 days….but does anyone do it all? And live to tell about it?)

And you don’t have to wander back and forth across a metroplex, take a shuttle from one arena to another, catch a cab to the clubs where the “real” headliners are on stage, or even reserve a seat. Just show up. The three main stages are within a city block of each other. Maybe even too close—sometimes a loud big band passage on the amphitheater stage can be heard between tunes a half block away at the riverfront stage. With staggered start times, it is possible to take in at least half of every set among the main stages. And there are three more music stages to catch up with high school and college bands, local up-and-comers. A “talk tent” to hear interviews and a “blindfold test” with the visiting legends. A “Kid Bop” area to introduce the youngest fans to the music. And the usual festival accoutrements of concessions, flea market merchandise, CD sales.

Maybe the stamina required to sit in a car for fourteen hours was akin to jazz fest boot camp—in comparison, getting ourselves from one stage to another and back again, multiple times over the ensuing three days, was a piece of cake.

I’ll be writing at length about the music, but just a few highlights:
• Pianist Mulgrew Miller in multiple contexts, including a two-Steinway duel with the great Kenny Barron
• Terence Blanchard with his quintet and the Wayne State Big Band
• Rudresh Mahanthappa on stage with Danilo Perez (whose tragic reading of “Besame Mucho” was one of the single highlights of the weekend)
• Maria Schneider conducting her orchestra as if floating on a thermal on her “Hang Gliding”
• Matt Wilson turning the drumkit inside out with Trio M
• Roy Haynes, at 85, still dancing around with “kids” of his grandson’s generation
• Kurt Elling letting it all hang out with Ernie Watts
• Young Justin Faulkner splitting the skins as the new drummer for Branford Marsalis
• Bobby Watson and Horizon bouncing through “Lemoncello”
• Tia Fuller, maybe the knock-out punch of the whole festival, taking her quartet through works from her very hot Decisive Steps

Would I drive 14 hours to the Detroit Jazz Festival again? Probably not in one day. But I am not sorry I did it last weekend.

As for next year? Please, fly me to the Motor City moon. Or “Beam Me Up, Scottie.”