The Lead Sheet, The Rest of the Week--September 8-9 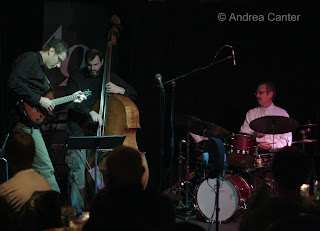 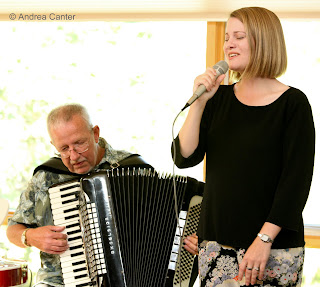 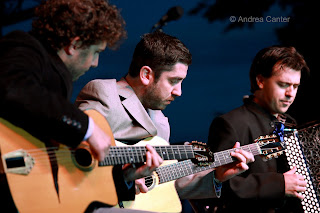 Sorry about that. I wrote the usual Lead Sheet to post before leaving for the Detroit Jazz Festival. Then I forgot to post it. And there was some great music that I missed over the weekend, but hopefully you found it—Rene Marie. Phil Hey. Tony Hymas. Ramsey Lewis. But there’s still lots going on midweek:

Framework is a trio of three of the area’s most inquisitive musicians, who together form one incendiary ensemble—drummer Jay Epstein, guitarist Chris Olson and bassist Chris Bates. There’s a lot of original material as well as interpretations of modern jazz icons. They don’t play often so don’t miss this opportunity (9/8) at the Artists Quarter.

We’ve been enjoying a revival of hot club music in the Twin Cities for the past decade and particularly since vocalist Connie Evingson turned her voice toward gypsy jazz with two acclaimed recordings and appearances with local and national hot club ensembles. Often in the company of the Twin Cities Hot Club, Parisota Hot Club and Clearwater Hot Club in the metro area, Connie also recorded with the Hot Club of Sweden and has appeared nationally with Pearl Django and the Hot Club of Detroit. The Detroit band will be at the Dakota this week (9/9) and Connie will join the fun. HCOD is one of the top ensembles reinterpreting the Django era, but they also put a new spin on more contemporary works. I just heard the band, without vocalist, and they sizzle. (And no violin!)

KBEM’s REEL Jazz Series kicks off the fall season at a new venue, the intimate Trylon Theater in east Minneapolis, on Thursday (9/9). The screening –the Monk biopic, Straight No Chaser. Check the KBEM website for tickets and more information, www.jazz88fm.com

Keeping the jazz flame burning the rest of this week: Debbie Duncan with the Dakota Trio (9/8); Maud Hixson with Denny Malmberg (on accordion) at Fireside Pizza (9/8); Nichola Miller with the Wolverines at Hell’s Kitchen (9/8); Greg Marquardt with the Minnesota Jazz Orchestra at Wabasha Street Caves (9/9); Tanner Taylor Trio at the AQ (9/9).