All The Things He Is, And More 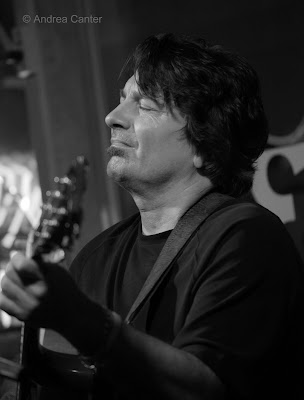 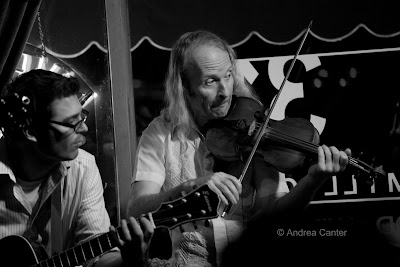 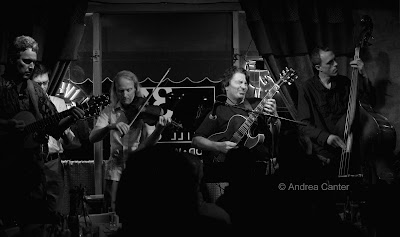 I recall a conversation with guitarist Reynold Philipsek about six months ago. Somehow we got onto the topic of our ancestors. Reynold knew a lot more about his central/east European roots than I did, and in fact had recently delved into this part of his past as he contemplated his next recording project. We share some common cultural background—his grandparents came to this country from Upper Silesia, part of Poland. My father's parents came to this country from Poland, although I am not sure exactly where from; I know my mother's family has one branch going back at least to 17th century Czechoslovakia, likely passing through modern day Poland enroute to western Russia where my maternal grandfather was raised. Maybe my affinity for some of the folk melodies Reynold incorporates in his original music reflects that ancient common history.

Last Saturday night, Reynold held a CD release party at the 318 Café in Excelsior to celebrate All the Things You Are. Considering he has put out maybe 40 recordings in 30 years, it's perhaps naïve to say this is his most personal to date. Yet even Reynold makes that claim, and it would be hard to dispute it—in addition to original tunes reflecting that Silesian heritage, the disc includes Latin-titled tunes in honor of his altar-boy experiences in St. Cloud, his love of the poetry of Edgar Allen Poe, reflections on the Northwoods; even the one cover reflects the album's theme, "All the Things You Are." And all the things he is came through with passion and gusto before the sell-out crowd at the 318.

Reynold started the evening solo on the title tune and a few more before inviting his swinging colleagues from East Side and Twin Cities Hot Club to join him in varying combinations. The recording is a mostly solo project but, on many tracks, Reynold duels with himself via overdubs. At the 318, of course, solo meant solo, meaning fewer layers of texture but a more intimate sound. And all the things he is, alone, is quite perfect, perhaps giving his Joe Pass influences more focus. (Reynold noted he took two lessons from Pass, and that those lessons still serve him well.)

Reynold alone is a guitarist of masterful technique, passionate swing, and inventive melodies and harmonies. But add in bassist Matt Senjem and violinist Gary Schulte (TC Hot Club cohorts), and you have the finest of gypsy jazz interplay. Then add in East Side colleagues Michael Bissonnette on percussion (including instruments he has constructed himself) and Clint Hoover on chromatic harmonica, and let bop and swing weave together with a whirling dervish excitement. Bring on some more guitar with local gypsy jazz stalwart Glen Helgesen and young master Kyle Tennis. That's about as many musicians as you can squeeze onto the small stage space at the 318, and as much energy and musical ideas as one can absorb! And an incredible melding of talent for one night in a suburban bar joint.

Special mention re Gary Schulte: Jazz violin is still somewhat of a novelty despite the popularity of the music of Stephane Grappelli and the international acclaim of Regina Carter and Mark O'Connor. If there was artistic justice, then Gary Schulte's name would be mentioned in the same breath. Each time I hear Gary (with the Twin Cities Hot Club, Sidewalk Café or other projects), he reinvents violin for me, and you will never see or hear anyone more passionate about the music or his instrument. Had he pursued Bach or Beethoven, he would be a regular at Carnegie Hall.

In many ways, the Saturday night gig was a gathering of talents deserving wider recognition. I suspect that, had I been flying over the Twin Cities area that evening, I would have spotted a golden glow emanating from a little speck on Lake Minnetonka, a glow like a never-ending sunset, and a glow bright enough to light a path from Excelsior to Upper Silesia where our ancestors were dancing.
Photos (top to bottom): Reynold Philipsek, solo; three guitars--Glen Helgesen, Kyle Tennis and Reynold Philipsek; Kyle and Gary; grand filale with Glen, Kyle, Gary, Reynold and Matt (Michael too far stage right in the percussion loft!), all photos at the 318 Cafe on July 31st. (Photos by Andrea Canter)
Posted by Canterjazz at 3:58 PM