Taking My Jazz on the Road 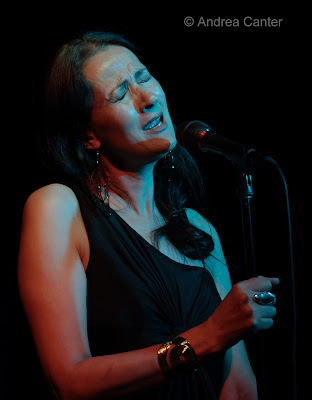 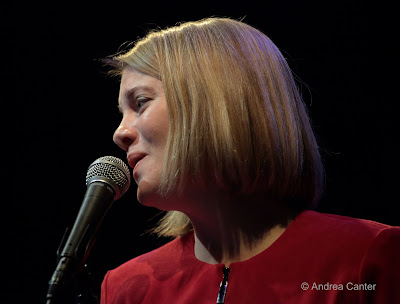 I’m not that keen on driving long distances. If it was really possible, I’d just say “Beam me up, Scotty” and instantly reappear at my destination. Driving, unless on a truly scenic route with no traffic, is just like sending time into a black hole, at nearly $3/gallon. And in the summer, you always have the added displeasure of detours for road construction.

But one positive note about car travel, for me, is the opportunity to spend a few hours or more of uninterrupted listening. Not that my car’s CD player is state of the art audio, but I’m not about to base a review solely on what I hear behind the wheel. Rather, on a long drive, I can get acquainted with a new release or revisit favorites. I always take at least one or two vocal recordings and at least one or two brand new releases, fully loading my six-CD changer. I can’t wait to get out of the metro area and into a more listener friendly environment.

This week I drove the relatively short 110 miles to Shell Lake, WI to visit the jazz camp at the renowned Shell Lake Arts Center. More on the visit later. My musical companions on this trip were quite diverse, including vocalists Maud Hixson and Tessa Souter, legends Keith Jarrett and Charlie Haden (their first joint project in 30+ years), the delightful piano duo of Bill Charlap and Renee Rosness, Geri Allen’s amazing new quartet, and the student ensemble, The Dakota Combo, via a low-fi “home” recording.

On Jasmine, Jarrett and Haden sparkle on standards and ballads that recall Jarrett’s Standards Trio of the past three decades, but without drums, the set is far more intimate. Almost too delicate for car stereo! I’m eager to hear this now in my own intimate (and stationary) listening environment. The two pianos of Double Portrait, Charlap and Rosnes’ first duo recording, make for more orchestral excitement without sacrificing the elegance of enticing compositions and collaborative improvisation. I do miss the visual component, though, the clues as to which pianist is doing what, the little nearly invisible signs of communication between them. Geri Allen’s new quartet release (Geri Allen & Timeline Live) is very high on my “best of the year” list. I have played the disc a dozen times and each listen is a revelation, the tapping feet of Maurice Chestnut playing off the “traditional” percussion of Kassa Overall to give the music nuances of sound and rhythm unlike anything I’ve heard before, while Geri’s compositional and improvisational skills suggest there is nothing more natural.

I attended the Dakota Combo’s spring concert in the beautiful Antonello Hall at MacPhail and was pleased to learn that pianist Quentin Tschofen captured it on his digital recorder. The result has many limitations in sound quality, the first being that you have to crank up your CD player to its highest volume level to actually hear it, and then the sound balance –given only one mic for the septet—is far from what we heard at the concert, with the drums overwhelming the rest, the violin nearly disappearing. But that inspired energy remains, and while this is not the best reflection of the music created by this group of 15-18 year-olds, it does preserve some incredibly rich and sophisticated compositions, particularly from Quentin and saxophonist Danny Hupp. I’m glad I have a copy of this concert, and only wish there was a studio version. The music, and its young performers, deserve a more faithful record.

The two vocal recordings were the best company on the road—it helps to have lyrics to engage the brain in another dimension when stretches of highway become too long and too dull. I first heard Tessa Souter on her 2009 release, Obsession, and then live at the Artists Quarter in May. I already considered her startling interpretations and original lyrics to be on par with the best of a small group of vocalists carrying the inventiveness of Betty Carter and Shirley Horn to the next level—Tierney Sutton, Judi Silvano, Kendra Shank, Norma Winstone, Kurt Elling. Then I got my hands on her earlier (2004) release, Listen Love. That was May and the CD is still in my car stereo, so of course it made the trip to Shell Lake. Each song takes a very personal turn, Souter’s voice the instrument of creation. There’s one original composition (including lyrics) but every track is original in its execution and the material unlike set lists from even the best vocalists—covering Jimmy Rowles, Pat Martino, Jon Lucien, Mal Waldron, Pharoah Sanders and Sting. There’s the standards—Ellington/Strayhorn’s “Daydream” and Jobim’s “Insensatez”—but they seem like new songs. Souter wrote the lyrics for Martino’s “Willow” and her version of Sting’s “Fragile” is a knockout.

Maud Hixson/Rick Carlson offer a very different approach to song on Love’s Refrain, released a couple years ago and still one of my favorite vocal recordings. Each time I listen, I am drawn into a quiet corner of the world where I am the only audience, where Maud and Rick serenade me, just me. In fact I am not even sure I am supposed to be there, they could be performing just for each other. When I reviewed this, I noted that Maud can whisper on pitch, no easy feat. Each song is delivered conversationally, gently, straight forward, yet with subtle personal twists and accents that suggest each song is the most important, the most treasured of the set. That means there are ten highlights on the CD. Yet I am able to pick my favorite, Billy Strayhorn’s “Lotus Blossom.” Seems hardly anyone sings it. Maud doesn’t just sing it. She wraps herself in it. It’s beautiful, heartbreaking, and utterly seductive.

Maybe you shouldn’t drive while listening to this.

Photos: Tessa Souter at the Artists Quarter; Maud Hixson at the Dakota a few nights ago. (Photos by Andrea Canter)
Posted by Canterjazz at 5:55 PM