Preserving Jazz Is Now in Fashion! 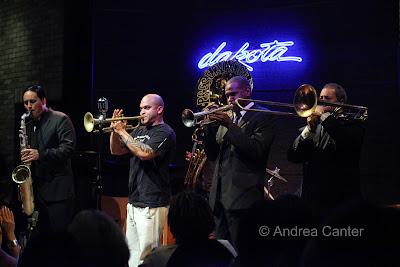 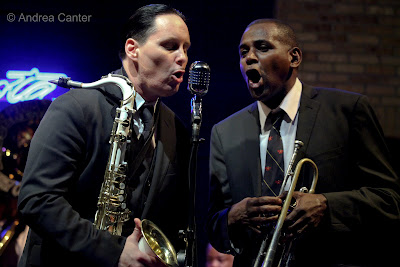 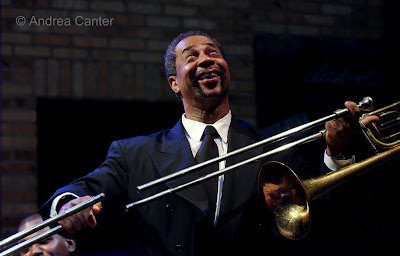 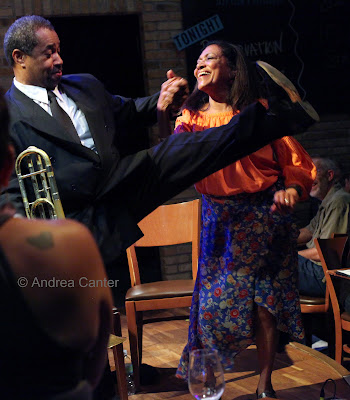 They don’t call it “Preservation Hall” for nothing. The first time I set foot in what might be the world’s tiniest commercial jazz venue in 1981, I recall my wonder that five or six musicians could make such vibrant music night after night for an audience crammed wall to wall. Back then, the Preservation Hall Jazz Band was comprised of a handful of septu- and octogenarians, meaning they could have been cohorts of Louis Armstrong in his early days. Now the popularity of the PHJB extends far beyond the early 19th century building on St. Peter Street in the French Quarter, and there are perhaps more than a dozen jazz musicians who rotate playing in the hall or on tour. One of those tours brought the band to the Dakota Jazz Club, a much larger venue than their home base, and a much smaller venue than their usual tour stop. In the Twin Cities, PHJB has appeared at the old Guthrie Theater (where they recorded their first commercial album) and at Orchestra Hall, but this week was their first club gig here. And it was an ideal way to enjoy the band and their deep reverence for the birthplace of jazz.

The contrast with Preservation Hall was rather extreme—the Dakota stage is larger than the entire Hall; Dakota patrons sit at tables and order food and drink, while in the Hall, mostly tourists line against the walls or sit on the floor with no amenities beyond the music and the smell of history. But regardless of context, this was purely New Orleans music, and most of the tunes have been in the PJHB repertoire since the band first formed in the early 60s. The musicians themselves spread across more generations than the original band, with bassist/tuba player/director Ben Jaffe apparently the youngest (in his late 30s). The son of the Hall’s founders, Jaffe grew up literally on the knee of the Hall’s band members and joked that one of his former students is none other than trumpeter Irvin Mayfield, now artistic director for jazz at Orchestra Hall and in the audience for Tuesday night’s late set. Well, he was not in the audience for long, coming on stage to join the band and duke it out with the other horns.

The Dakota has promoted New Orleans music (beyond jazz) to a degree since it relocated to downtown Minneapolis, and extensively since Hurricane Katrina. But perhaps no other NOLA band has brought this level of passion and authenticity to the Twin Cities, and the audience responded with its own passion, particularly as the PHJB began its Second Line march through the club and dining room, returning to the stage with an entourage of fans and a final chorus of “When the Saints Go Marchin’ In.” The saints of jazz were on stage, and they were marching, and singing, and blowing.

There’s an unusual spread in the August issue of Playboy, a fashion spread featuring the Preservation Hall Jazz Band. With the musicians decked out in designer suits and their instruments, photographer Danny Clinch captured the camaraderie of a New Orleans brass band but with the extravagance of high fashion that seems miles and miles away from the French Quarter and particularly far from the heart of jazz. But maybe this is a milestone for the music—a jazz band, and a traditional one at that, portrayed as an elegant art form in a publication that is at once very familiar and just a bit tawdry. Sort of like the French Quarter and the origins of jazz.

What's this I hear about a Bay Area "Preservation Hall?" Apparently Ben Jaffe has plans to bring NOLA's legendary music to San Francisco, with a deal expected shortly to open a 200-seat space. Preservation Hall West? I hope they give it a different name. The music might have universal appeal, but there is only one Preservation Hall. See: http://www.nola.com/music/index.ssf/2010/07/preservation_halls_ben_jaffe_o.html

Photos: (Top to Bottom) Irvin Mayfield joined the front line of the PHJB; saxophonist Clint Maedgen and --who is the trumpeter?--provided vocals for much of the set; Frederick Lonzo managed to take apart his trombone, and then kicked up his heels with a young lady from the audience after the band's Second Line March around the Dakota. (All photos by Andrea Canter from the final set at the Dakota on July 20th)
Posted by Canterjazz at 10:51 PM