A Night in Tunisia With Roy (and Ray) 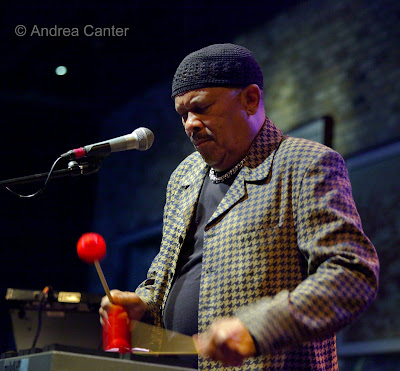 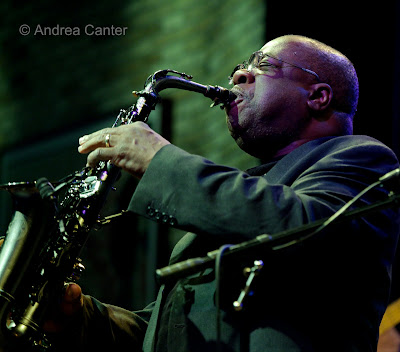 “Lionel Hampton gave me my first set of mallets when I was five,” Roy Ayers told the Dakota audience at the start of his first set Wednesday night. The rest, they say, is history, and in this case, more of a soul/R&B story than a straight-line jazz story. But we got some of everything last night when Ayers and his quintet fired up the Dakota stage, two sets of keyboards facing each other with Ayers’ electronic vibes in between.

Ayers started out in the footsteps of Hampton but rose to fame with such funk classics as “We Live In Brooklyn Baby” and “Everybody Loves the Sunshine.” The opener, Roy’s “Woodpecker,” covered the gamut of jazz and soul lines. With red mallets in his right hand, white mallets in his left, 69-year-old Ayers left a lot of space to the band, and particularly to wailing saxophonist/keyboardist Ray Gaskins. But Ayers’ not-so-secret weapon was his own voice which shined in front or behind John Pressley, first on “No Stranger to Love,” then “Searching” and “Baby You Got It.” So far, it was pretty much an R&B set. But then came “A Night in Tunisia.” Ayers announced it would be a showcase for drummer Lee Pearson, who did not disappoint. But it was Ray Gaskins who tore into his alto solo as a man possessed by the demons of bebop, calling up licks from “It’s All Right With Me,” “My Favorite Things,” and rather humorously, “Caravan.”

The final “Everybody Loves the Sunshine” could be renamed “Everybody Loves Roy Ayers,” a confident showman, a competent vibes player and singer, and most of all, an engaging entertainer. It’s a slick show, and it is a “show,” not a gig in the jazz sense of the term; it’s a lot of fun for an hour if not all that memorable beyond. What I will remember is Ray Gaskins turning “Tunisia” inside out. And for that, I truly thank Roy Ayers, talent scout.

A longer version of this review will appear at www.jazzpolice.com