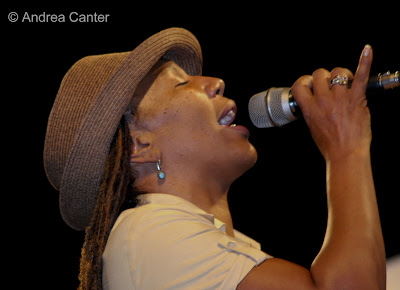 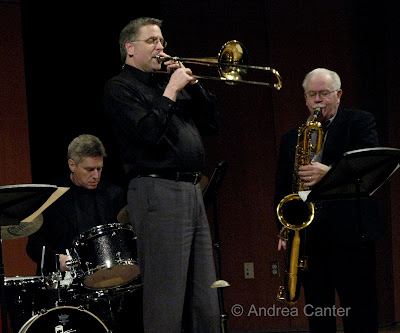 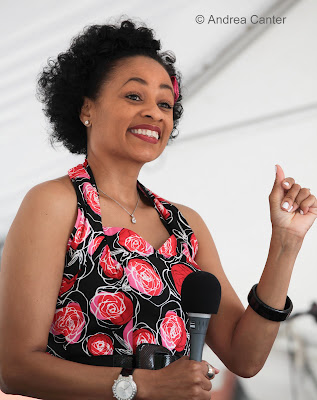 Twenty-five years ago, Lowell Pickett started a jazz club in what would become one of St. Paul’s biggest flops of retail space, Bandana Square. But by the time the club escaped extinction with its move to downtown Minneapolis in 2003, it was already on the map of “must play” spaces of touring jazz artists and local talents. Now, seven years into the downtown entertainment scene, the Dakota Jazz Club and Restaurant has only expanded its reputation as a destination, not only for touring musicians but also for the local jazz cognescenti, foodies, roaming tourists, conventioneers and a wide array of the rich and famous. Successfully maintaining a jazz club at a time when jazz is hardly popular and when the economy is in a tailspin comes with compromises, most notably booking music that will appeal to a wider audience that would never consider spending an evening with Ahmad Jamal or McCoy Tyner. But if it is that mix of music that allows Pickett to book “real jazz,” so be it.

Pickett has been touting the 25th anniversary since January and has been booking favorites throughout the year, like Ahmad Jamal, Hiromi, Christian McBride, Dave Holland and more, and today the Strib announced McCoy Tyner—the Dakota’s first major national act—would return in early December. But to really kickoff the celebration, Saturday (7/17) marks the first Dakota StreetFest, a day-long extravaganza of music, food and family fun along the 1000 block of Nicollet Mall, inside and out. Like the jazz club, Dakota StreetFest is more than jazz, and as emphasized in the past few years, there’s a New Orleans flavor to much of the event. Charmaine Neville (daughter of Charles and a Crescent City icon in her own right) provides a preview tonight (7/16) on the club stage, with all of the $15 covers going to support families impacted by the Gulf Oil Spill. Ditto Sunday night (7/18) when trombonist/entertainer Glen David Andrews (Trombone Shorty’s cousin) provides an encore at the club to cap the weekend.

But the big event is Saturday, with music on four stages from noon til well after dark. Of particular interest to jazz fans—Patty Peterson, Bonerama, Neville and Andrews on the 10th Street Main Stage; Debbie Duncan inside on the club stage; three accomplished youth bands—the Twin Cities Jazz Workshop directed by Doug Little, the High School of Recording Arts band, and the Dakota Combo directed by Adam Linz on the Starkist Stage at 11th and Nicollet, followed early evening by our own acclaimed ensembles, the Atlantis Quartet and Fat Kid Wednesdays; Nachito Herrera on the Peavey Plaza stage. And in place of the usual Late Night series, there will be a big jam on the club stage at 11:30 pm. So get some sun, buy a t-shirt, taste some Crescent City –flavored treats, and hear a lot of music…. All free. And watch as more exciting event unfold in honor of the Dakota’s 25th anniversary.

Seems the Artists Quarter is always in the shadow of the Dakota, but the music on the AQ stage is second to none, including this weekend’s special presentation of Mulligan Stew (7/16-17). Led by area favorite Dave Karr, the quartet is dedicated to the music and influences of Gerry Mulligan’s piano-less quartets of the 1960s, and features the best local musicians of the 21st century – Dave Graf on trombone, Gordy Johnson on bass, and Phil Hey on drums. The Stew only performs a time or two each year so this is a weekend to savor. If it’s hot outside, it is always cool in the AQ, although the music (always jazz!) has been known to sizzle and burn, especially when Dave Karr and friends are in the house.

The spirit of New Orleans continues during the week with the unusual club appearance of the Preservation Hall Jazz Band, two nights at the Dakota (7/19-20). I remember my amazement when, in 1981, I first stepped into Preservation Hall and realized that, with two more steps, I would be out the door. I am really looking forward to hearing this famed ensemble on a stage larger than its entire home venue. PHJB reminds all of us where the music came from, and by touring and recording, PHJB keeps alive both that history and the venue that has become synonymous with New Orleans jazz.

You can go from accomplished veterans to brash upstarts in a mere 24 hours at the AQ this week. Phil Hey brings his sterling quartet back to the club for their monthly blow out (7/21), while young pianist Dan Musselman reunites with high school buddies from Jefferson City, MO the next night (7/22). His pals include Hermon Mehari, who earlier this month won second place in improvisation in the International Trumpet Guild competition in Sidney, Australia; adjudicators included former Twin Citian Kelly Rossum. The world is small (and round).

A special note about Hell’s Kitchen on Saturday (7/17). With the Dakota StreetFest in full swing around the corner, it might be easy to miss what’s going on below street level on 9th. But it’s a marvelous triple header—and it would be pretty easy to stop in for a while to escape the heat on the Mall: Nancy Harms for brunch; early evening with Frankhouse, an edgy ensemble led by trumpeter Dan Frankowski; and the nightcap with the James Buckley Trio, an even edgier band led by the innovative bassist.

Some hot instrumental music this week—Fantastic Fridays curated by Nathan Hanson at the Black Dog (7/16); accordion flash Patrick Harrison at the Aster Café (7/16 & 7/20); more accordion with Dan Newton’s Café Accordion at Honey (7/16); Steve Roehm Trio at Café Maude (7/17); the Zacc Harris Trio at Riverview Wine Bar (7/18); trumpet monster Charles Lazarus and his quartet at the Old Log Theater (7/19); something avant with Fat Kid Wednesdays and/or friends at the Clown Lounge (7/19-20); an ensemble of free-wheelers at Art of This featuring Davu Seru, Milo Fine, George Cartwright, Brice Beverlin, Audrey Chen and Luca Marini (7/20); the Cory Wong Quartet followed by the Tuesday Night Band at the AQ (7/20).