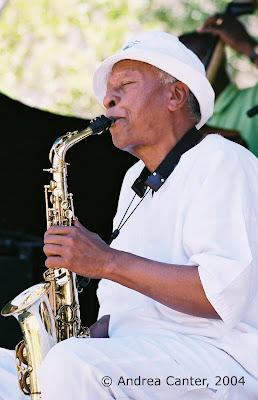 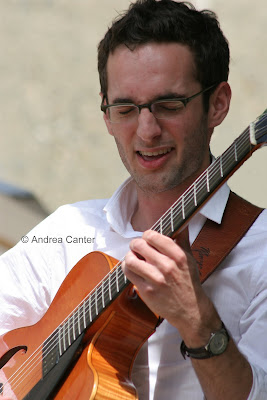 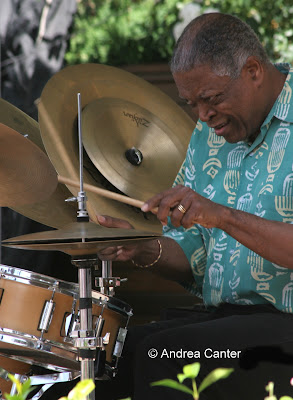 When my brother moved well north of San Francisco to the outskirts of Healdsburg, I only knew about the vineyards that surrounded him—the Dry Creek, Russian River and Alexander Valley regions of Sonoma County. I didn’t know about the jazz festival that got underway at about the same time, 12 years ago. But by 2004 I had discovered this gem of the West Coast, held each summer during the first week weeks of June, and featuring artists of the caliber typically seen at the major festivals like Monterey, Chicago, Detroit, Montreal. Not as many of course, typically there are a half dozen or so “major name” artists along with hot up-and-comers and a number of talents from the fertile Bay Area. I managed to get to the festival in 2004 and 2006, each time in a quandary as to which weekend to make my reservations, ultimately picking the second weekend which included a grand finale double or triple header at the Rodney Strong Winery. The intimate Raven Theater in the town center usually hosted two consecutive nights of stellar music, and other performances were scattered throughout the intervening week at smaller venues and wineries. Jazz outdoors in the gardens of a winery, by the way, is quite sublime. No matter what you’re drinking.

You could probably run up a good tab if you attended every event, but if you picked three or four ticketed shows, the cost was still under $100. And typically events did not overlap—you did not need to decide if you were going to hear McCoy Tyner or Charles Lloyd; you could do both. Venues are not that far apart in Healdsburg. In my two festivals, I saw Fred Hersch, Charles Lloyd, Geri Allen, McCoy Tyner, Roy Haynes, Kenny Garrett, Frank Morgan, Billy Hart, and a young Julian Lage. The line-ups in the past three years have been amazing, and it was a great disappointment that I could not schedule my California vacation to fit the festival calendar.

And now it may be too late. I just received a notice from the Healdsburg Jazz Festival organization that due to all-too-common budget problems, the annual festival will not be held in 2011. But there is more to Healdsburg Jazz Festival than the festival itself—the Board sponsors jazz education programs throughout the year, which in fact was its original mission. The education show will go on while the Board considers how to reorganize a viable jazz festival in the future. I hope they succeed. There are less extravagant options for bringing live jazz to wine country, such as scaling back the number of performers and events, limiting “headline” artists and filling more slots with new and area talent. Such a scenario helped the Twin Cities Jazz Festival crawl back from the abyss, and in fact helped stimulate new sources of support, leading to an expanded festival after that first retrenched year.

Too many jazz festivals are floundering with loss of sponsors and rising costs. It’s not a bad thing to think more locally, and to build a festival around a program of jazz education. Not only does such an emphasis promote the talents that might one day appear on a festival stage, but if aimed broadly, jazz education builds a future festival audience, a future source of festival donations. Hopefully the Healdsburg Jazz Festival has meant enough to fans in the Bay Area and beyond that there will soon be a swell of support to ensure the festival’s return.

Photos (top to bottom): Frank Morgan at the 2004 festival; Julian Lage at the 2006 festival, at about age 17; Billy Hart was a frequent performer throughout the festival's history, here with his quartet in 2006. (Photos by Andrea Canter)
Posted by Canterjazz at 11:09 PM