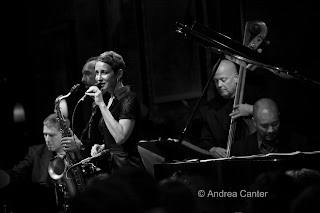 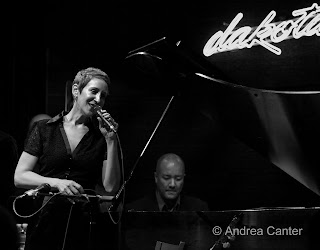 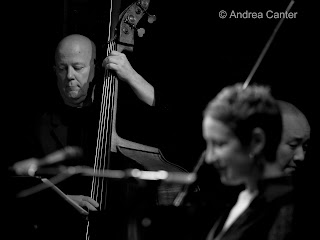 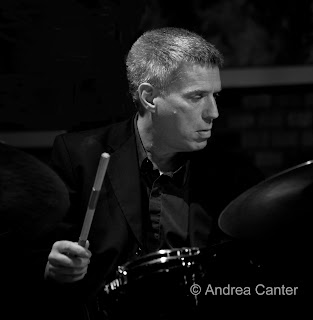 Chanteuse Stacey Kent—perhaps no other contemporary singer better fits that label! There are singers, there are vocalists, there are songbirds… but Stacey is a chanteuse, most fitting now that she has released her set of French songs, Raconte-Moi, loosely translated as “tell me a story.” And storytelling, and particularly storytelling in French, is Stacey’s strength, on full display last week at the Dakota Jazz Club. Hers is not a big voice; some might describe it as sweet, feathery and more suited to cabaret intimacy than concert hall or festival stage. This was my third encounter with Kent, and she seemed more at home with her material and band than ever before. Especially when she turned to French, not her native language but the one she has studied and perfected.

I’ve heard Jobim’s “Waters of March” in English and Portuguese….and now in French, which surprisingly seemed natural. But Stacey is branching out linguistically, studying Portuguese (“a poetry I want to understand”) and rendering “Corcovado” in its original lyrics. She did sing about half the set in English, her quiet charm often in elegant contrast to the meaty tenor (or soprano) of husband Jim Tomlinson; that charm turned a welcomed sultry and spicy on a very slow reading of “Surrey With the Fringe on Top.” (Kent, it seems, has more dramatic range then we typically observe--I would love to see more of these snippets of daring over darling.) Tomlinson, moving from tenor to soprano, shined as brightly as “So Many Stars” and again on the band’s instrumental version of “Spring Is Here.”

Maybe the real kick for the Twin Cities audience, though, was neither Stacey nor Jim, but seeing our hometown heroes, Gordy Johnson and Phil Hey, swinging away as they have been doing throughout Kent’s North American tours of late, including gigs at Birdland. (New York Times' writer Stephen Holden all but named Phil Hey as the ideal drummer for Kent when he wrote, “The musical chemistry of Ms. Kent’s music is unusually delicate; it requires light, unobtrusive percussion…” When backing a vocalist, Phil Hey meets this prescription perfectly.) It’s not unusual for our local stars to be called in to back a visiting artist, but hats off to Kent and too few others who recognize this talent pool and make our musicians their own.