Embraceable Two: Jose' James and Jef Neve at the Dakota 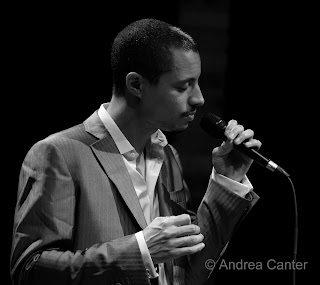 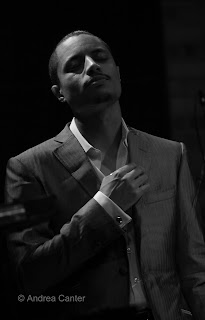 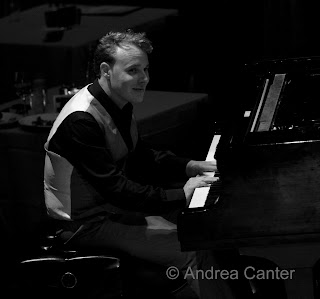 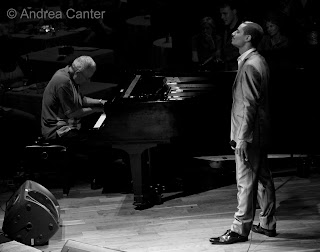 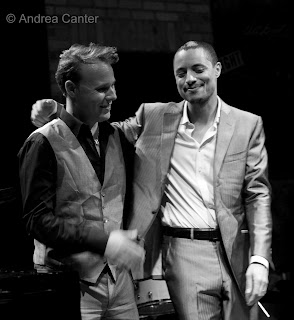 The first time I heard José James was at the Dakota in maybe 2004, he sang as part of a benefit for something, I don’t remember what. Moore by Four was the main act and I only vaguely recall thinking José would “one day” be headlining himself. That day arrived quickly as José reached the finals of the Thelonious Monk International Vocal Competition, moved to London, attracted significant attention there singing Coltrane and original compositions, and released two albums of diverse, mostly original music. It’s his latest duet set of (of all things!) standards (and mostly ballads at that!) with Belgian pianist Jef Neve (For All We Know) that has finally awakened American audiences and critics to the voice that may well be the most artistically powerful of his generation… and perhaps to be regarded as one of the best in modern jazz. His hometown audience at the Dakota last night seemed more than awake to this potential.

Although the first set was delayed an hour due to the cancellation of flights out of Chicago—José and Jef had to rent a car for the 7-hour drive-- the pair seemed relaxed, assured, and finely tuned to each other. They met in Brussells when José was a guest on Jef’s radio show, recognizing that their styles meshed well. They recorded For All We Know just for personal pleasure, only to have it snatched up by Impulse for its first new release since Alice Coltrane’s Translinear Light in 2004. That José is a John Coltrane acolyte, that Impulse was Coltrane’s label, may be prophetic.

The first set covered seven of the songs on For All We Know, and my immediate familiarity with the recording did not temper my reaction to each new rendition. On record alone, these two artists are as seductive as any outright provocation. In person, they are mesmerizing—ask any man or woman in that audience, their appeal transcends age or gender. Both are die-hard improvisers who never tread the same path twice; they tended to alternate rubato introductions that often extended a couple minutes with the barest hints of destination. Both have elastic command of their respective instruments, taking unpredicted flights across intervals, across time, across space. Both can move from subtle to assertive in a single note.

Here, I’ll note just a few high points of the evening: “Body and Soul” may be the slowest version ever, José’s a cappella scat rolling into the first a cappella verse before Neve joined in, every word a clear declaration that vibrates through your own body and soul. “Gee Baby Ain’t I Good to You” was just downright sexy and José’s widely ranging dynamics unpretentiously dramatic—he might lull you with his subtle charm but he will quickly raise your heart rate with sudden shifts in time and volume. The long piano intro to “Lush Life” (one of the duo’s first joint efforts on Brussels’ radio) showed off Neve’s equally vast dynamic range, and the tune could be retitled “Lush Space” to best describe what sets this version apart from any other I’ve heard. Then there was the second set surprise guest, Denny Malmberg, Jose's South High mentor (and Fireside Pizza partner) who sat in on "Old Folks," sweet and gentle.

For me, the musical highlight of the entire night was the late set rendition of “Tenderly,” Jef’s intro suggesting Chopin and Ravel, José navigating the melody’s wide angles like soft-edged taffy, easily landing each shift in tone and rhythm as if a musical Cirque du Soleil.

(See full review at http://www.jazzpolice.com/content/view/9071/115/ and check out Lee Engele's video of "Old Folks" on YouTube at http://www.youtube.com/watch?v=dlu_ddXjhk0 )