The Doc is Definitely In! 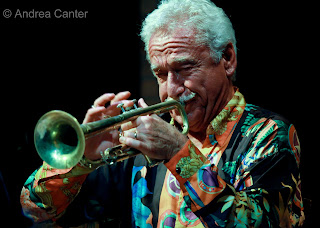 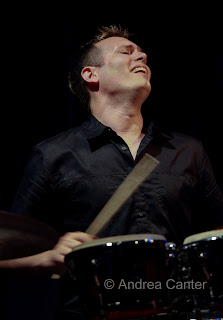 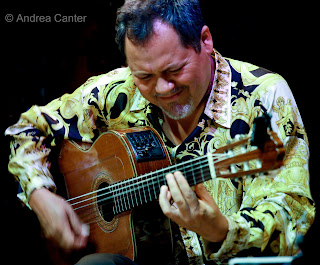 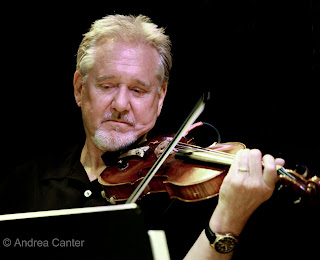 When I think of Doc Severinsen, I naturally think, “Heeeeere’s Johnny!” and hear the Tonight Show’s theme song, the signature of Johnny Carson’s long-running nightcap through the 50s up til his retirement in 1992. Severinsen, first as lead trumpet and soon as the bandleader, led the NBC Orchestra throughout that period. But he never retired, continuing recording, performing, bandleading, arranging and composing through the current day. He’s been a popular performer at Minnesota Orchestra Hall (serving as Pops director), most recently appearing earlier this season with the Latin ensemble, El Ritmo de la vida. I wasn’t really sure what I would hear when Doc brought this band into the Dakota Jazz Club, but the chance to hear him in a club setting was irresistible. So, too, proved to be the music.

El Ritmo de la vida was not simply a Latin band, but a quartet of virtuosic musicians dedicated to their own interpretations of the music of Django Reinhardt, Stephane Grappeli, Astor Piazzola, De Falla, Chick Corea and more—sort of a Spanish-tinged hot club hybrid. And it worked beautifully, bringing a 21st century zing to 30s harmonies and rhythms, and laying a foundation for Severinsen’s crisp and bright trumpet, even outshining his stage-side humor. How many times have we heard “Nuages?” Apparently not often enough, as Doc and El Ritmo took Parisian café south to Costa del Sol. More popular American fare, “Sweet Georgia Brown” became a Latin rag, while Ray Charles’ “Georgia” was simply a beautiful showcase for Severinsen.

Now 82, Doc shows no signs of slowing down, or taming his wardrobe for that matter, hitting the stage with the bright colors that made him a visual as well as aural icon for NBC. But most significantly, his music continues to grow and reach new audiences.