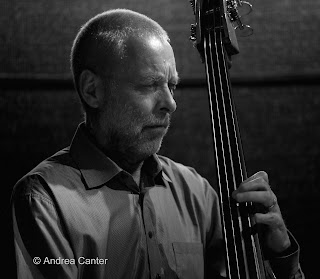 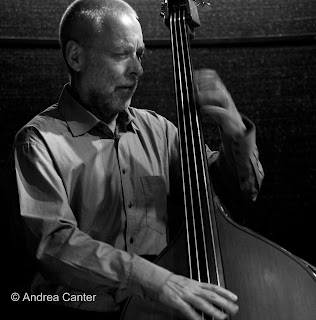 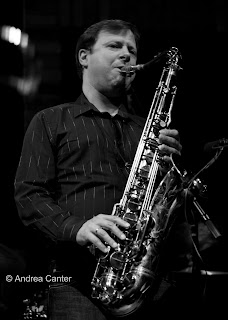 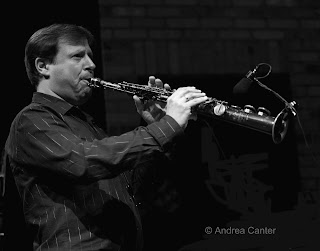 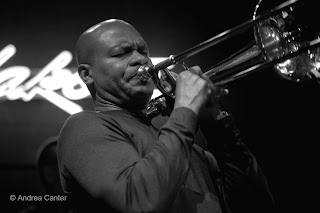 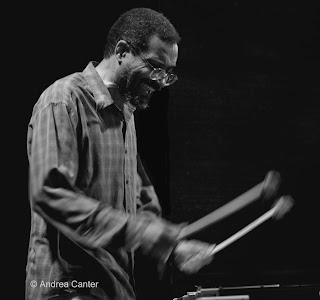 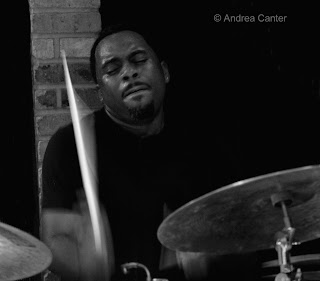 Really there are at least six good reasons, the five individuals and the collective whole. Add in another, the savvy original compositions that make up the band’s repertoire. Now we have the Seven Wonders of Jazz on stage. If that sounds like mythology, consider that the Dave Holland Quintet released four acclaimed recordings on ECM before Holland launched his own Dare2 label in 2003; that the quintet forms the core of Holland’s Big Band, which to date has 2 Grammies; that the quintet forms the majority of Holland’s new Octet; that the quintet has mostly been together for thirteen years, Smith the newcomer with only five years on board. Perhaps only the long-running Keith Jarrett Trio has amassed more acclaim over twice as many years, but even Jarrett and company have not been so focused on original material.

The Dave Holland Quintet is truly a big band in sound and complexity, with no piano to add orchestral power, but rather a 2-horn frontline conjuring a full brass section with merely one trombone and one (at a time) saxophone, Potter and Eubanks together creating thick harmonies suggesting a trumpet and range of saxes. Separately they each offer propulsive gymnastics and meditative reflection in extended solos. Nelson the mallet magician, here with back to back vibes and marimba jammed onto the Dakota stage, provides the layer of lyrical melodicism and percussive accents that at times suggests the piano or Rhodes, sometimes ethereal, sometimes downright funky. An “energizer bunny” at the trapset, Nate Smith’s arsenal is relatively Spartan compared to the wide-ranging sounds he generates, at any speed, in any rhythm, in any mood.

You only need to hear the leader’s full phrases of double-stops and forthright resonance to realize you are in the presence of one of the greatest practitioners of jazz bass, his signature tone and depth commanding attention even from the most inattentive in the audience. (Even the couple in that corner booth put their passions on hold for a Dave Holland solo; that idiot who answered his cell phone—for several minutes—surrendered not to irate neighbors but to Dave’s assertive lines.)

I heard three of the four quintet sets at the Dakota. Some compositions repeated over the two nights, but the music was reborn each time, and for those moments, so were we.
Photos: All from the Dave Holland Quintet late set on June 1st at the Dakota: Top to bottom, two of Dave Holland, two of Chris Potter, Robin Eubanks, Steve Nelson, Nate Smith. (Photos by Andrea Canter)
Posted by Canterjazz at 5:05 PM