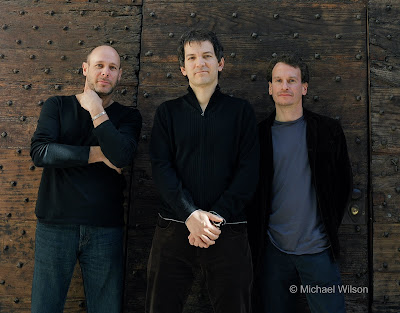 © Andrea Canter
Often I think that the St. Paul Pioneer Press does a better job generally in covering the local jazz scene, and one reason has been the quality (and frequency) of writings by Dan Emerson. Thus his review of Brad Mehldau’s trio date at the Dakota, published in this morning’s Pioneer Press, is very disappointing. (Read it online at http://www.twincities.com/music/ci_14833075.) I have long considered Emerson one of the few credible jazz writers in local print media, but no more. Half way through his otherwise reasonable review of Mehldau's performance, he changed his subject to Bill Charlap, another very fine but very different pianist. This substitution continued for the rest of the review. Makes me wonder if Dan was just cutting and pasting from another review or if he is having a senior moment. Proofreading as well as copyediting seems to be a lost art. At least Mehldau's art is above such shortcomings. (Charlap’s too!)

Indeed it is Brad Mehldau at the Dakota for another night, tonight, with his long-time trio with Larry Grenadier and Jeff Ballard. I'm hoping he'll give us a preview of some of his new material, just released on Highway Rider. And stay alert to information about his upcoming world premiere concert performance of this music at the Walker Art Center (which commissioned the work), featuring his trio and the St Paul Chamber Orchestra (November 5-6).
Photo: Mehldau's trio, L-R, Jeff Ballard, Brad Mehldau, Larry Grenadier. Photo courtesy of Mehldau's press, by Michael Wilson.
Posted by Canterjazz at 1:38 PM