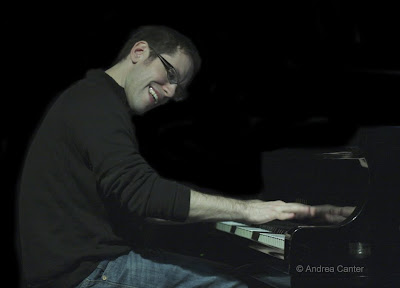 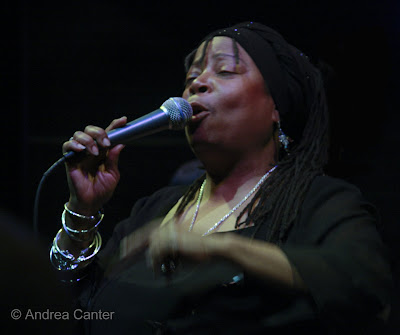 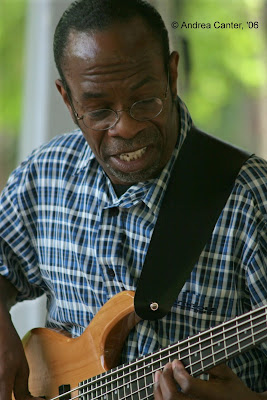 As the weather settles into spring, we spend more time outdoors, yet it is still too early to find music in the parks or other outdoor venues. So enjoy dinner on the deck and working in the garden, but do come inside later in the evening, ‘cuz that’s where the jazz will be this week!

Pop icons Michael Jackson and Stevie Wonder get another dose of soulful excitement from bassist Jay Young, with his J.A. Young & Co. band reprising their fall extravaganza at the Artists Quarter (April 9-10). We’re so accustomed to seeing Young in a supporting role—it’s a treat to have this chance to see and hear him take the lead in honor of two of his heroes.

At Ted Mann on the U of M West Bank campus, there’s another tribute with an all-star lineup as Danilo Perez brings his “21st Century Dizzy” project to town on Saturday (4/10). The Panamanian pianist and youngest member of Dizzy’s last U.N. Orchestra has assembled a band of global proportions (in talent and reputation), including Puerto Rican tenor saxophonist David Sanchez, Indian alto saxophonist Rudresh Mahanthappa, Lebanese percussionist Jamey Haddad, Iraqi trumpeter Amer El Saffar, American bassist Ben Street, and Puerto Rican drummer Adam Cruz. I last saw Perez with Wayne Shorter at the 2009 Detroit Jazz Festival—he can light a fire under anyone, and here he is working with red hot embers from the start! After a tribute to Dizzy, wander over to the Dakota for the Late Night show with young sax monster Dan Kusz showering honors on one of his heroes, David Sanborn.

One-man band, percussionist extraordinaire Dosh is in town to celebrate the release of his CD “Tommie,” and fills the Jazz Thursdays slot for MacPhail…. on Saturday? I won’t ask, an artist like Dosh you schedule when you can. And if you can’t make it Saturday (you have tickets for Perez, right?), Dosh is on stage at the Bedlam Theater on Monday night, too (4/12). The venue is not all that music-friendly but the compositions and fresh 21st century “dizzying” sounds of the Bryan Nichols Quartet make it worthwhile at Café Maude on Friday night (4/9) – but be advised to make a reservation!

Tuesday night brings another great jazz film, this time screening at the Sabes Jewish Community Center in St. Louis Park with “The Jazz Baroness,” Pannonica Rothchild de Koenigswarter, known simply among such jazz legends as Monk as “Nica.” Having just finished the Robin Kelley tomb on Monk, I have a new appreciation for the influence of one of the most significant patrons of jazz. The screening is cosponsored by KBEM, home of REEL Jazz.

The rest of the week is filled as always with instrumental and vocal delights, from George Maurer (4/9) and Debbie Duncan and Fred Steele (4/1) to Madeleine Peyroux (4/12-13), Gil Scott Heron (4/14) and Richie Cole with Five by Design (4/15) at the Dakota; from the Tuesday Night Band (4/13), How Birds Work (4/14) to the Dave Karr Quartet (4/15) at the AQ. There’s a lot more jazz around town, check out Pamela’s calendar on Bebopified (http://www.bebopified.blogspot.com/) , the TCJS website (http://www.tcjs.org/) and always of course check for highlights on Jazz Police (http://www.jazzpolice.com/).