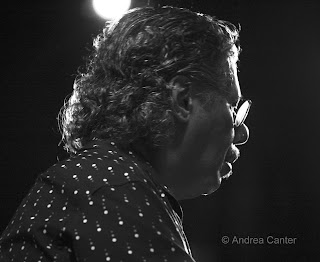 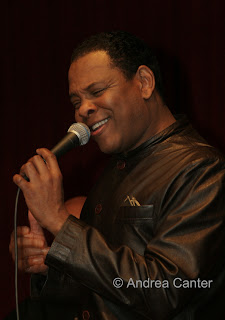 My allergies are keeping me inside during this gorgeous weather, but that just means jazz has no competition this weekend. Not that it would anyway—Chick Corea and Gary Burton? ‘Nuff said?

This will be Chick Corea’s second visit to the Dakota in little more than six months, but it has been about five years since Gary Burton came around. And when did we last see Corea and Burton together here? I remember a gig, maybe at Walker or Guthrie, in the 90s? For nearly 40 years, this has been of the most exciting pairings in modern music. Their first performances together in 1972 led to the landmark recording, Crystal Silence; in 2008 the pair released the Grammy winning-double CD, The New Crystal Silence. This weekend (4/16-17) at the Dakota should bring back memories and generate some new ones.

It’s not easy to compete with Corea and Burton, and hopefully jazz fans will find a way to enjoy the legends while also taking in our local legends as well as new stars on the rise. Not widely publicized, the MacJazz Big Band from Macalester's music program, directed by Joan Griffith, shares the stage with premiere vocalist Connie Evingson tonight (4/16) at Janet Wallace Auditorium in a free performance. It's sort of a warm-up to Connie's performance next weekend with the JazzMN Big Band, including some new charts from trombonists Wade Clark and Michael Nelson. The inimitable and inventive duo of Anthony Cox and Dean Granros performs at Café Maude on Friday night (4/16), while the James Buckley Trio will be celebrating their third CD at the Artists Quarter (4/16-17). Bassist Buckley covers a wide swath of American music via his affiliations with about a dozen bands at any given moment, and pianist Bryan Nichols and drummer JT Bates round out one of hippest ensembles in town.

Over north at the Capri Theater on Saturday (4/17) and Sunday (4/18), perennial baritone favorite Dennis Spears will record live in a concert setting with a dream band of Sanford Moore, Jay Young, Darryl Boudreaux and Steve Jennings, covering tunes from Broadway hits, while out west in Plymouth, the unique Café Accordion Orchestra with Dan Newton performs as part of the Jazz@St. Barney’s series on Saturday night (4/17).

When there’s someone new in town, on the jazz scene, it’s always a plus for the community. Monday night, we have an opportunity to hear a seasoned vocalist with Big Apple credentials who recently relocated to the Twin Cities –Joyce Lyons. Joyce will be at the Dakota (not an easy gig to get for a newcomer!) with the Tanner Taylor Trio. I’ve been listening this morning to her 2004 release, Sooner or Later, and it’s a delight. Joyce will soon release Live at the Metropolitan Room (yeah, the one in Manhattan). Maybe next up is Live at the Dakota?

Veterans of a local bent sparkle at the AQ this week—in addition to the Tuesday Night Band (4/20), Framework featuring Jay Epstein, Chris Olson and Chris Bates returns on Wednesday night (4/21), while across town, master of home-made instruments and all things wind and percussion, Douglas Ewart, performs electronic wizardry at Honey’s late set (4/21).

Holding down their usual gigs, remember Joann Funk and Jeff Brueske at St Paul Hotel Lobby Bar, Friday/Saturday nights; Benny Weinbeck at D’Amico in the Chambers Hotel (Friday/Saturday); the Fantastic Merlins at the Black Dog on Friday; Zacc Harris Trio at Riverview Wine Bar on Sunday; the best of local experimental music at the Clown Lounge on Monday and Tuesday nights; Cory Wong Quartet and Tuesday Night Band at the AQ on Tuesday.