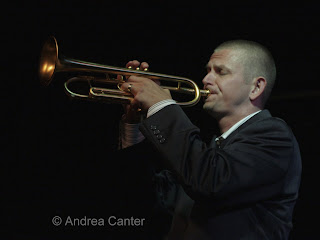 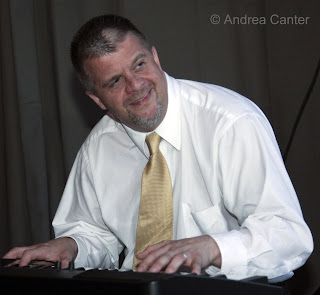 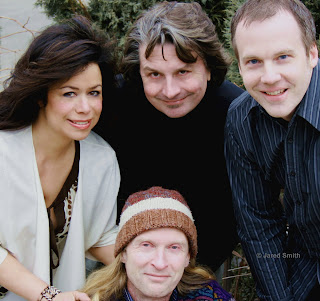 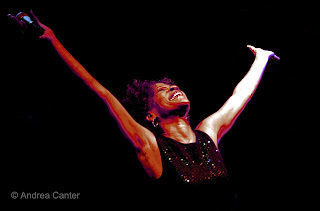 Baby, it’s cold outside... but the jazz around town is hot, and there’s plenty of options for the week. We’re in the midst of a “Kelly Rossum Weekend” with one more night of live recording with the Pete Whitman X-Tet at the Artists Quarter and a “Late Night” at the Dakota gig with his quartet. Kelly relocated to New York last fall so our opportunities to hear him are going to be few and far between. The AQ was packed last night for the X-Tet’s opening session, and the band was pumped. Originals (several from the savory pen of saxman Dave Milne) and Ornette Coleman filled the first set, and Kelly’s soloing indicates that New York has provided ample inspiration. Be advised to arrive early tonight—after all, the X-Tet itself takes up the first row of seating! (But if you want to chance finding a seat for the second set, consider starting your evening at the Downtowner Woodfire Grill, just a few blocks south on West 7th, and enjoy dinner with Maud Hixson and Tanner Taylor—an intriguing pairing for voice and piano!) Catch another version of Kelly Rossum when he reunites with his blazing quartet (Bryan Nichols, Chris and JT Bates) for the 11:30 pm late show at the Dakota tomorrow night (1/30).

I find the best way to get myself “up” for a late night gig is to first find a prime time gig to keep me alert and wanting more. On Saturday night, I’ll head down to the AQ for trio jazz at its best—Chris Lomheim, Adam Linz and Phil Hey. I could make it a triple header and start the evening at Honey (former Jitters space) where sassy singer Nichola Miller swings with master pianist Rick Carlson. (Nichola starts at 7:30 pm; Chris and company at the AQ are scheduled at 9—make that 9:30 before they really get underway; it is humanly possible to take in a set each and still get to the Dakota for the 11:30 late sets!)

Sunday afternoon presents an unusual pairing of jazz and classical artists joining together to salute a unique talent, composer/lyricist Alec Wilder (“Blackberry Winter,” “Moon and Sand”). Pulled together by another unique talent, pianist/composer/educator Laura Caviani, the Wilder project is a collaboration among music faculty at Carleton College in Northfield, highlighting the diversity of Wilder’s output for voice, horns, and jazz ensemble. Laura is bringing along favorite cohorts Gordy Johnson and Phil Hey to jazz up the afternoon. This is a free event in the Concert Hall at Carleton, 3 pm. Definitely worth the drive. And you can get back in time to Unite for Haiti at the Dakota (6 pm, 1/31), a benefit that contributes 100% of the $20 cover to the American Refugee Committee on behalf of earthquake victims in Haiti. Musicians featured include Estaire Godinez, Debbie Duncan, Davina Sowers and Adam Levy.

Other highlights of the coming week: Estaire Godinez, former Twin Cities resident whose Latin-infused percussion and vocals warm the West Coast, holds a CD release party at the Dakota this weekend (1/29-30). Sidewalk Café with Rhonda Laurie swing at the Dakota (2/1)—hot club maestros Reynold Philipsek, Gary Schulte and Jeff Brueske have been teaming up with savvy vocalist Rhonda Laurie—watch for a CD release later this year. Magnificent soul singer Bettye LaVette makes a rare concert hall appearance Tuesday (2/2) at the Hopkins Center for the Arts. Blowing in from the Windy City, former TC resident Bruce Henry makes a rare appearance at Hell's Kitchen with Vital Organ (Zacc Harris, Jason Craft and Pete Hennig (2/2). Dueling saxophones from Brian Grivna and Dave Karr bop through the evening on Tuesday (2/2) at the Dakota. And enjoy the return of “Slide Versus Valve” at the AQ (2/3), a quintet built around the slide (Dave Graf) and valve (Brad Bellows) trombones. The trombone just lends itself to good humor. Also on Wednesday (2/3), Nichola Miller completes her current run with the Wolverines at Hell’s Kitchen... and you can be sure she will give ‘em hell!

Thursday (2/4) offers some dilemmas, with the next REEL Jazz film screening at Bryant Lake Bowl, sponsored by KBEM. The film this month is Chops, Bruce Broder's documentary about a group of kids with extraordinary musical ability who learn to make the most of their gifts in an acclaimed public school jazz program in Jacksonville, Florida. These screenings are always worthwhile; you can enjoy dinner and drinks in the intimate theater space, and afterwards you can always bowl a few frames. Or better yet, head on down to the AQ and catch the Tanner Taylor Trio. Competing with REEL Jazz is Battle of the Bands, also sponsored by KBEM, pitting the Acme Jazz Company versus the Nova Jazz Orchestra. The blowout will be held at Minnetonka High School (7:30 pm) and recorded for future broadcast.

For songful nights, this week you’ll find: Arne Fogel with Rick Carlson at Ingredients in White Bear (1/29); Sophia Shorai on piano and vocals at Nicollet Island Inn (1/29) and Hell’s Kitchen (1/30); Nancy Harms at Hell’s Kitchen (1/29) and with Chris Lomheim at Honey (2/4); Charmin Michelle with the Joel Shapira Trio at Crave in the Galleria (1/29), with Rick Carlson at Crave in the West End Shops (1/31), and with Denny Malmberg at Fireside Pizza Mondays and Wednesdays; Christine Rosholt with Beasley’s Big Band at O’Gara’s (2/1) and at Honey with the Tanner Taylor Quartet (2/3); Debbie Duncan and Mary Louise Knutson at Camp Bar (2/2).

Instrumental jazz to fill in the holes in your calendar this week: Jazz by Fosse with Irv Williams, happy hour at the Dakota (1/29); the Benny Weinbeck Trio at D’Amico in the Chambers Hotel (1/29-30); JoAnn Funk and Jeff Brueske in the Lobby Bar of the St. Paul Hotel (1/29-30); Fantastic Merlins at the Black Dog (1/29); Alden Ikeda, Mike Lewis and Adam Linz at Café Maude (1/29); Frank 3000 (Dan Frankowski and friends) for Saturday breakfast at Famous Dave’s in Calhoun Square (1/30); Zacc Harris Trio at the Riverview (1/31); Cory Wong Quartet followed by the Tuesday Night Band at the AQ (2/2); Twin Cities Hot Club at Erte (2/3).