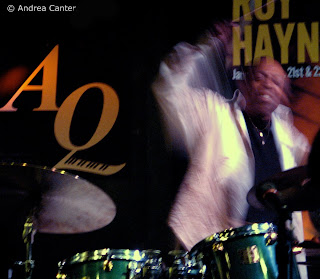 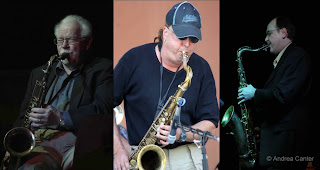 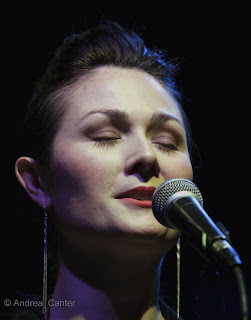 The biggest shopping day of the year, the day after Thanksgiving, is dubbed Black Friday. So what do we call the year’s biggest day of local jazz programming? The Blues Saturday? The roster on November 21st might seem normal for a weekend in Manhattan where audiences are pulled from millions, but this is hardly normal for the Twin Cities where our potential audience is much smaller. While it might not be a boon to spread out the audience across so many venues, this weekend serves up a great candy store of choices. If you focus on logistics, you can make at least three or four gigs on Saturday without exhausting your options for Friday and Sunday. Of course, you might just be exhausted.

I highly recommend Roy Haynes and the Fountain of Youth for Friday night (11/20) at the Artists Quarter—if you go Friday night, it might open more options on Saturday, while you can still catch a second dose via the second night late set. Or just forget the dilemma and sign on for all four sets this weekend. There is no jazz musician still active today with a resume like Roy Haynes. At 84, he can look back on a career with the likes of Louis Armstrong, John Coltrane, Miles Davis, and Dizzy Gillespie; yet he also still looks ahead to his continuing tour with young lions like Martin Bejerano, John Sullivan, Jaleel Shaw and Marcus Strickland. Minus Shaw, it’s the original Fountain of Youth Band that will be erupting on stage at the AQ (11/20-21), two ticketed sets per night. Haynes was most recently in the Twin Cities at the Dakota and Ted Mann Auditorium, but his usual area stomping grounds is the AQ where he recorded live his acclaimed Dreyfus release, Where As, in 2006. It’s a high entry fee for the AQ ($30/$25) but one of the cheapest tickets you’ll find for this legend. Reserve online at http://www.artistsquarter.com/.

If you want to stick to Minneapolis Friday night, might check out the new venue in the old Jitters space below the old Times space at 201 E. Hennepin. Top level Ginger Hop is hosting live music as well, but in the lower level Honey, you can catch some of the same musicians who have been churning out experimental vibes at Café Maude: On 11/20, that’s Park Evans, Chris Bates and Joey Van Phillips. Debbie Duncan will sparkle at the Dakota and the Benny Weinbeck Trio has its weekly gig at the new D’Amico Kitchen at the Chambers Hotel. But make it an early night, November 21st will be a long one!

For some details, see my posting on Jazz Police (“Saturday Night Live”) at http://www.jazzpolice.com/content/view/8696/115/. Big events, all recommended, include Jazz @ St. Barney’s series concert (in Plymouth at St. Barnabus Lutheran Church) with songbird Maud Hixson and swinging pianist Rick Carlson at 7 pm; the JazzMN Big Band concert in Hopkins featuring “Three Tenors”—local top guns Pete Whitman, Dave Karr and Dale Mendenhall at 7:30 pm; Northrop Jazz Series’ concert at the Walker Art Center with the Dafnis Preito Sextet (not only Cuban drummer Preito, but a great band including trumpeter Ralph Alessi) at 8 pm. Soul singer Otis Clay will be at the Dakota at 8 pm; and around the corner at Hell’s Kitchen, the Vital Organ trio (Tanner Taylor, Zacc Harris, Pete Hennig) will celebrate their CD release at 8 pm. Earlier in the day, Nancy Harms holds her second CD release party of the week, this one an afternoon gig at the Jungle Theater with the Twin Cities Hot Club and crooner Arne Fogel (2-4 pm), and Maxine Souse' (aka Maryann Sullivan) sings at the Sage Wine Bar in Mendota Heights from 6-9 pm. So you can enjoy some great vocals as a warm-up to whatever you do later. And later, there’s some East European folk music translated into modern vibes at Café Maude with the Eisner Klezmorim (9 pm- midnight); the late set with Roy Haynes at the AQ at 10:30; and a CD celebration with edgy brassmen Ingo Bethke, Late at the Dakota, 11:30 pm-2:00 am. For Prairie Home Companion fans, note the appearance of brash and jazzy Nellie McKay at the live broadcast from the State Theater at 5 pm. Forgive me for whatever I have missed here, there’s just no excuse to stay home Saturday night.

Cap off the weekend on Sunday (11/22) with brunch at Crave in St. Louis Park featuring Charmin Michelle and Rick Carlson; and then for a sonic dessert, hip and sassy Nichola Miller is recording live at the Artists Quarter with Creation Audio’s Steve Weise and a band with Rick Carlson, Keith Boyles, Nathan Norman and Dave Karr, starting at 7 pm.

In case you don’t get enough over the weekend, a few jazz events to check out during the coming week:

Photos (top to bottom): Roy Haynes, as exuberant as ever at his last AQ appearance; "Three Tenors" with the JazzMN Big Band (Dave Karr, Dale Mendenhall, Pete Whitman); Nancy Harms at her first CD release at the Dakota earlier this week. (Photos by Andrea Canter)