Somewhere There's Music: Horns and More at the Dakota 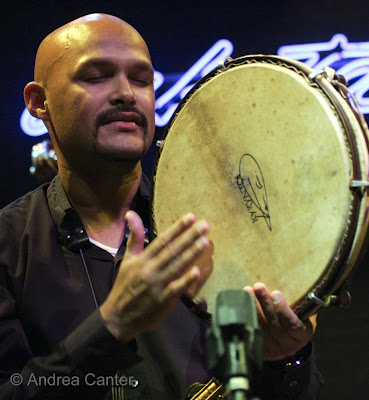 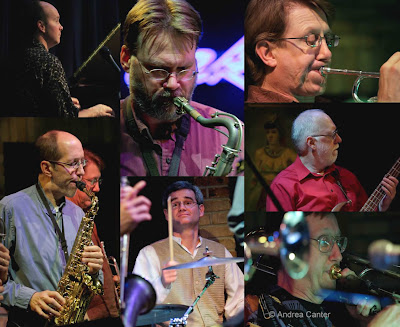 © Andrea Canter
An island in the Caribbean. A fantasy along the Nile. Two musical settings provided inspiration on multiple levels at the Dakota this past week.

Miguel Zenon, hailed as one of his generation’s most creative saxophonists and recipient of the famed McArthur “Genius” Grant, brought the fruits of another award, the Guggenheim Fellowship, to Minneapolis for two sets of music drawn from the Plena tradition of his native Puerto Rico (10/14). With his working quartet (Luis Perdomo on piano, Hans Glawischnig on bass, Henry Coles on drums) and guest Plena percussionist/vocalist Hector “Tito” Matos, Zenon celebrated the upcoming release of Esta Plena (Marsalis Music) with an evening of often fiery, often beautiful, always joyous music. All original compositions, the music had at least as much in common with the best of modern American saxophone, particularly Branford Marsalis, as with Latin traditions, which most prominently introduced and closed each piece with a call and response interaction, voice and percussion, duties shared among Tito and Miguel. Zenon proved to have an agreeable, warm tenor voice to complement the rhythms of the panderetas (hand-held frame drums). Perdomo occasionally upstaged his leader with his post bop finesse on the keys, but it was Zenon the saxophonist who truly soared, sliding from one end of his alto to the other, his body rocking back and forth as if pumping air through the horn. Maybe he was.

Dreams of Egypt, a south-of-the-border getaway, or just some funky dance hall close to home provide plenty of inspiration for the original works of the CC Septet, one of the hidden gems of Twin Cities jazz ensembles that gathered at the Dakota to celebrate the release of their second CD (10/15), She’s Big in Egypt. Featuring an elegant front line of saxes (Paul Peterson and Larry Neumann), trumpet (Scott Snyder) and trombone (Ralph Brindle), buoyed by leader Tim Lackas (piano), Greg Stinson (bass) and Brett Smith (drums), the septet has been hanging out around White Bear Lake, honing their chops and evolving a distinctive sound that conjures the inventive harmonies of Maria Schneider and funky grooves of Roy Hargrove. The standing-room-only crowd caught the Dakota off-guard, and possibly the visitors from whatever-big-convention down the street were equally surprised by the power and sophistication of the music. I missed the first set but enjoyed the global fusion of “Chico’s Tacos,” the funky jigs and jags of “Sidewalkin,’” the glorious brass harmonies of “Feets” and the get-up-and-dance drive of the closing, “Grumbla Samba” (or something like that!). Find the CD. Find the guys in White Bear. (http//:ccseptet.googlepages.com)