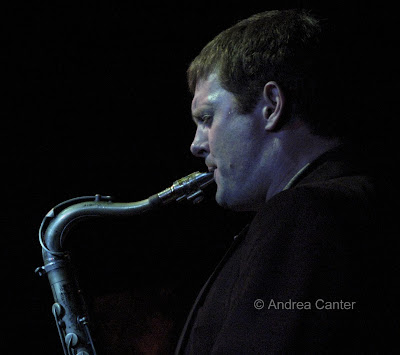 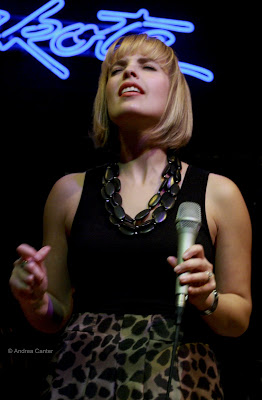 The weekend starts with a big bang, tenor-wise, with the return of Eric Alexander to the Artists Quarter (October 23-24). Runner up to Joshua Redman in the Thelonious Monk International Saxophone Competition in 1991, 41-year-old Alexander has amassed an amazing discography of 19 recordings as leader and appears on at least 100 more. And this is not mass production but highly regarded efforts with top cohorts. He’s also a founding member of the sextet One for All, resident ensemble at New York’s Smoke. His heart remains in his native Midwest, however, and that means a nearly annual pilgrimage to the AQ. This weekend he is supported with spirit and virtuosity by Chris Lomheim, Tom Lewis and Kenny Horst.

At the Dakota (10/23-24), catch Cuban firecracker pianist Nachito Herrera in his mostly monthly blowout. He’s getting ready for a new recording so expect some new material as well as high velocity and plenty of Caribbean heat. Sounds perfect for these unseasonably cold and damp evenings. Meanwhile, down on West 7th in St Paul, Maud Hixson continues her Friday night serenades, tonight in the sublime company of pianist Mary Louise Knutson. And speaking of serenades, tonight (10/23) those in the east metro can catch Nancy Harms singing with hot hotclub guitarist Robert Bell at Ruby Begonia’s in Stillwater; in the west metro, Judi Donaghy entertains with the Laura Caviani Trio at Crave in the Galleria. And you can relive the heyday of Harlem with Harlem Nights at the Capri Theater, starring Charmin Michelle and Dennis Spears (10/24-25). And as usual, you can catch Charmin with Denny Malmberg at Fireside Pizza, Mondays and Wednesdays from 7-9 pm.

There’s plenty of experimental music around town this weekend, with Ryan Olcott bending circuits in solo at Café Maude and the electro-acoustic improvisational team of EarWorm at the Black Dog (both 10/23); EarWorm moves over to Café Maude for Saturday night.

One of the best bargains you will ever find—a free performance by guitarist Joan Griffith and pianist Laura Caviani at the Janet Wallace Auditorium on the Macalester campus at 3 pm Sunday afternoon! They will perform compositions from their hot Sambanova recording as well as some new and original Brazilian-influenced music. Sunday evening, Dakota A-Train members have a free party and evening with New Orleans clarinetist Evan Christopher—also open to the public for a cover charge.

Monday night (10/26), the Old Log Theater presents trumpeter Charles Lazarus and his quartet (Tommy Barbarella, Jeff Bailey and Craig Hara). Although he spends most of his time with the Minnesota Orchestra, Lazarus has serious jazz chops, demonstrated quite ably on his 2008 recording, Zambava.

During the week, don’t miss Sophie Milman at the Dakota, 10/26-27. Russian by birth, Israeli throughout much of her childhood and now a Canadian citizen based in Toronto, Sophie has quickly become one of the most sought-after vocalists on both sides of the border. This is her third Dakota appearance in two years, which should tell you something about her appeal. And another popular returning artist, cellist Matt Haimovitz, follows Sophie at the Dakota on Wednesday night, bringing classical and pop repertoire to new levels. It’s just one set, followed by the saxiest duo around, Dave Karr and Brian Grivna.

Also on 10/28, check out the homecoming of saxophonist Joel VanderHeyden and his band Koplant at the Artists Quarter. Now based in my home town of Iowa City, Joel grew up in St Paul and is looking forward to showing his friends and family that those music lessons paid off! And come back Thursday night to finish off the week in style with Pete Whitman’s X-Tet.

Coming soon! Carole Martin croons with finesse at the AQ (October 30-31), and the edgy Atlantis Quartet celebrates Halloween (likely in costume), this year reworking Herbie Hancock’s famed Headhunters, late set. And of course there is the rare club appearance of the Dave Brubeck Quartet at the Dakota, November 2-4.

Posted by Canterjazz at 4:05 PM