Stretching the Aural Universe With the Astral Project 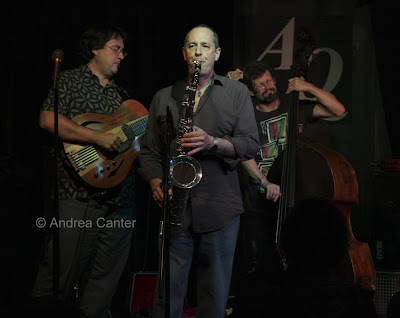 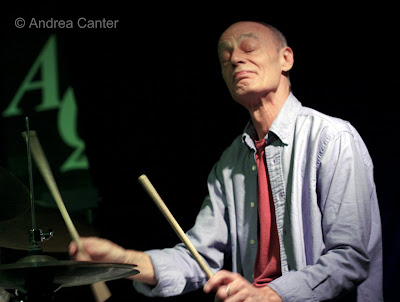 I know I heard the New Orleans-based Astral Project some years ago when the Dakota was still in Bandana Square. I know I did not make their last gig or two at the Minneapolis club. What I really don’t know is why I was not blown away the first time I heard them. Their first visit to the Artists Quarter last weekend prompted me to listen to Blue Streak, their 2008 release. At its core are seven tunes that leader/ saxophonist Tony Dagradi wrote as a suite in tribute to Katrina. Apparently when the band performed the suite live, they added a few other original tunes from guitarist Steve Masakowski and bassist James Singelton, and in the recording studio, they similarly expanded on Dagradi’s set. It’s a varied, sometimes swinging, sometimes harrowing, always virtuosic recording. And not like much of the music of long-time New Orleans musicians, although in some respects Astral Project reminded me of another Crescent City favorite son, Branford Marsalis and his Quartet.

At the AQ, they drew some of the first set from Blue Streak as well as some newer compositions. It was one of the most memorable sets I’ve heard recently. Three of the musicians have been together for over 30 years (Masakowski is the newcomer with only a 20-year tenure); their communication is invisible and instantaneous. They can be bluesy and soulful as on Dagradi’s salute to “Cannonball” Adderley, elegantly balladic on some new unnamed material, and truly avant, with Dagradi executing Tim Berne-ish calisthenics suggesting a futuristic snake charmer. Bassist Singleton contorts his entire body in creating a menagerie of sounds not necessarily within the usual realm of acoustic bass, at one time like an out-of-tune banjo, on another jaunt combining hand slapping and symphonic bowing, somewhere slipping in some intriguing loops. Masakowski tends to play the straight man, little to be read from his facial expressions yet plenty of emoting from his guitar.

Yet it is John Vidacovich who is truly mesmerizing, visually as well as aurally. The music is a physical extension of the musician; he is a slinky turned loose onthe trapset, his long, thin, lines extending and contracting, arms like ribbons of water that flow and ebb, his facial expressions mirroring the percussive questions and answers. Like a taller, older Ari Hoenig, his movements are angular yet simultaneously graceful, and prone to sudden shifts in direction, like the fickle breeze ahead of a cold front.

The concept of “astral projection” suggests out-of-body experiences. Playing here on Earth, Astral Project certainly delivered an out of the ordinary experience that stretched the universe of our mere mortal ears, and delightfully so.