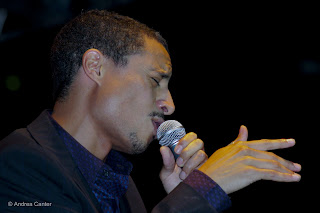 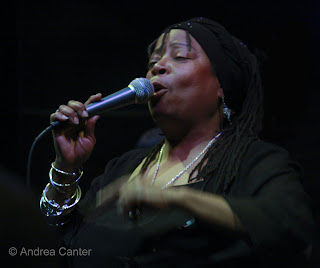 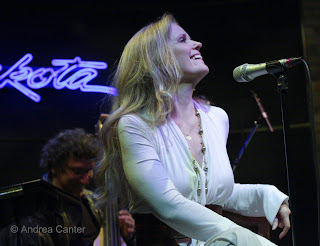 This week I’ll mention the jazz events around town I most likely would attend... if I was going to be here. I’ll be in Detroit for the city’s 30th anniversary jazz festival. I know a few of you will be there as well. And there will be at least one Minnesota connection on stage—young vocalist Jose James, Minneapolis South High grad who has gone on to launch a very promising career in New York. Jose impressed thousands last year in Detroit when he sang as part of an opening tribute to Motown, and now he is back on his own gig. Furthering the local connection, bassist Chris Smith (another South High graduate now finishing his college studies at the New School) will be part of band behind Jose. (If you are in Detroit, Jose is on at 3:30 Saturday on the Mack Avenue stage.)

So what great jazz am I missing? The always sensational Debbie Duncan, at the Dakota Friday night, followed by our favorite import from Havana, Nachito Herrera testing the durability of the Dakota piano on Saturday night. Stick around for late night as Frankhouse, a relatively new ensemble from trumpeter Dan Frankowski, heats up Late Night. Across town, the talented and tragic Lee Morgan is celebrated by Jon Pemberton and his quintet—Chris Lomheim, Jim Marentic, Kenny Horst and a split of bass duties among Adam Linz and Gary Raynor.

Vocally, it’s a hot weekend. In addition to Debbie, on Friday Charmin Michelle sings at Crave in the Galleria, Lee Engele at the new Crave in the Mall of America, Nichola Miller at Hell’s Kitchen, and Maud Hixson (with Rick Carlson) at the Downtowner Woodfire Grill. (Maud also hits White Bear Lake at the Ingredients Café on Saturday night; Charmin will be at Fireside Pizza on Monday and Wednesday nights.)

But the big gig in town comes Monday/Tuesday when Chick Corea, Stanley Clarke and Lenny White come to the Dakota for one if the club’s most expensive and most eagerly anticipated shows. And even though I will see the trio Friday night in Detroit, I plan to get back in time for the late last set. Corea, Clarke and White were here last summer with the reunion of Return to Forever (with Al DiMeola), but this show promises to be more jazz than fusion, each of the three artists equally renowned across genres. They’re on a tour that includes festival stages, concert halls, and a few small clubs. Three giants at once!
Three more giant talents, albeit not yet at the status of such legends, arrive for the Arts Midwest Conference and a gig at the Dakota Thursday night. Vocalists Tierney Sutton, Gretchen Parlato, and Sachal Vasandani offer three distinct approaches to the jazz repertoire as well as their own creations, and they perform back to back to back. Sutton was here last March for a knock-out gig; Vasandani was here two years ago, a fresh voice out of New York that seemed to meld James Taylor and Frank Sinatra (and I caught him in Detroit last year); Parlato will be making her Dakota debut but she is a veteran of international tours and critical acclaim, taking the 2004 Thelonious Monk Vocal Competition by storm (Vasandani was a semi-finalist). Vasandani has a new release due out next week; Parlato released an intriguing set that includes African guitarist/vocalist Lionel Loueke just two weeks ago. (Check out a short review on Jazz Police, “New and Notable.”)

Also part of the Arts Midwest music schedule, across town and unfortunately on the same night as Sutton et al, is a rare appearance of George Cartwright’s Gloryland Ponycat (with Adam Linz and Alden Ikeda) at Studio Z in St. Paul. And down the street, the Phil Hey Quartet holds its near-monthly residency at the Artists Quarter. This must not be the day that MPR picks to declare jazz hard to find?

There’s more to find, if only there was more time to listen.

Photos: Jose James at the 2008 Detroit Jazz Festival; Debbie Duncan (with Kenny Werner at the Dakota in early 2009); Tierney Sutton at the Dakota in March 2009. (Photos by Andrea Canter)
Posted by Canterjazz at 10:19 AM