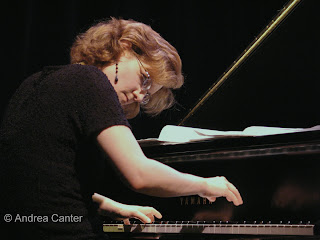 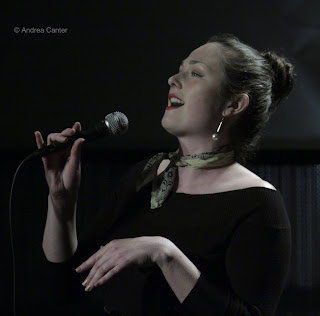 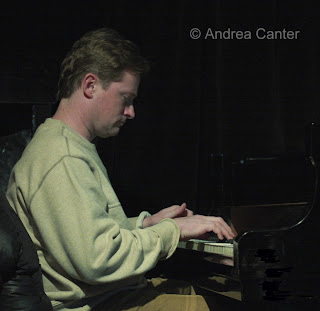 Major clubs are taking a holiday this weekend, but music never sleeps! It might be more difficult to find live jazz on July 4th, but you can nevertheless find acoustic fireworks over the weekend and beyond. The best bargain in live jazz is a five-hour drive south to Iowa City for the IC Jazz Festival. Tonight (7/3) features saxophone master David Sanchez and his Quartet; Saturday night brings the entertaining Trombone Shorty followed by West African guitarist/vocalist Lionel Loueke and his trio, very impressive in their Dakota debut this spring. But if you can only come down for one day, make it Sunday-- back to back to back it's Chris Potter's Underground Quartet (with Twin Citian Craig Taborn on keys), Bill Frisell's Quartet with Ron Miles on trumpet, and the Dave Holland Quintet--Potter getting another workout along with Robin Eubanks, Steve Nelson, and Potter's drummer, Nate Smith.

But if you stick around the Twin Cities this weekend, you will not be disappointed. Tonight (July 3) finds three of the area’s most distinguished vocalists on stage: Debbie Duncan, with pianist Mary Louise Knutson and more, entertains at the Dakota, while Lucia Newell helps celebrate Laura Caviani’s return to the keyboard at Crave in The Galleria. Laura’s been sorely missed over the past month while recovering from severe hand cuts suffered in a car accident. Across the river at the Downtowner Woodfire Grill off W. 7th in St. Paul, Maud Hixson with Rick Carlson will put you in the mood for a romantic holiday. (Maud and Rick perform every Friday night in July, except for July 10th when her partner will be guitar master Reuben Ristrom.)

And indeed there is some pretty hot jazz on July 4th—pianist Larry McDonough and his long-time cohort Richard Terrill on saxes will perform at the Sage Wine Bar in Mendota Heights. This is a very cozy venue for music with an eclectic menu of food, wine, beer and more. The exterior says Suburbia. The interior says casual urban elegance. Best of all, Larry is one of the most inventive musicians in the Twin Cities, taking apart standards and reconfiguring time signatures and rhythmic structures, adding some vocals as well as original compositions. And I happen to think that piano/sax duets are particularly enticing.

Tuesday (7/7) at the Dakota marks a return engagement with one of the area’s fast rising stars, vocalist Nancy Harms. Nancy has a unique style—she’s a swinging storyteller whose song book is ever expanding.

The Artists Quarter features some special post-holiday mayhem, starting with the Atlantis Quartet on Wednesday (7/8) and then the “big gig” of the week, Bill Carrothers with his European Trio on Thursday (7/9). Atlantis features master bassist Chris Bates and three stars-in-the making---guitarist Zacc Harris, saxman Brandon Wozniak, and drummer Pete Hennig. In various combinations, these musicians are drawing a lot of attention to creative music.

Bill Carrothers grew up in Edina, spent just enough time in New York to realize he wasn’t enjoying the fast pace of ultra-urban life, and relocated to the Upper Peninsula of Michigan. But he’s hardly been out of the limelight, especially in Europe where he spends far more time performing than on this side of the Atlantic. Two of his favorite cohorts in Europe now join him for a brief American tour, starting at the AQ, moving on to the Green Mill in Chicago, and ending with a week-long residency at the Village Vanguard in New York. Nicolas Thys on bass and Dre Pallemaerts on drums will provide the counterpoint to Bill’s never ending quest to pull every sound possible from an acoustic piano while reinventing standards and pop tunes. Only Bill can work magic with the Oscar Meyer Weiner theme song!

There’s always great pizza and jazz with pizzaz at Fireside Pizza in Richfield, with Charmin Michelle (back from Spain) and Denny Malmberg providing the best music to go with pepperoni, every Monday and Wednesday. Arne Fogel sings with the Wolverines Trio at Hell’s Kitchen this Wednesday night (7/8)—and if you remember the old Rossi’s space, you will be pleasantly surprised by the transformation since Hell took over.

Coming soon! I’m looking forward to the Dakota Late Night on July 11th when three young men with amazingly bright futures reunite—Javier Santiago leads the trio, fresh from his two years with the Brubeck Institute and ready to join pal/bassist Chris Smith at the New School in New York. Chris also did a two-year stint at Brubeck. Miguel Hurtado, studying drums at the Manhattan School of Music, completes the trio. I first heard these guys when they were barely in their teens, performing with saxophonist Owen Nelson as The Eggz. Well, these eggz have hatched! Guitarist Julian Lage, another prodigy now barely in his 20s, makes his Dakota debut as a leader on July 14-15. (He was here as a 17-year-old with the Gary Burton New Generations Band.) And also on July 14th, catch the Ellen Lease/Pat Moriarty Quintet in what may be their last performance with Kelly Rossum before the trumpeter moves to New York. They will be performing in the intimate Zeitgeist space at Studio Z in St. Paul.

Photos: Laura Caviani is back at the keyboard; Nancy Harms performed during the Jazz Night Out Singer Showcase at Camp Bar during the TC Jazz Festival; Bill Carrothers warms up for the Vanguard at the AQ. (Photos by Andrea Canter)
Posted by Canterjazz at 5:39 PM