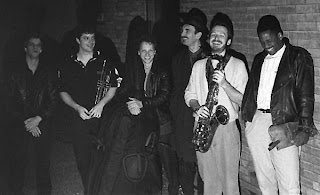 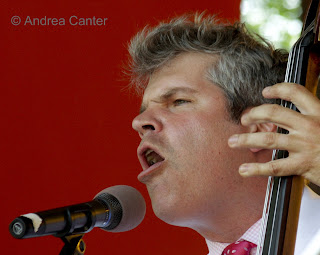 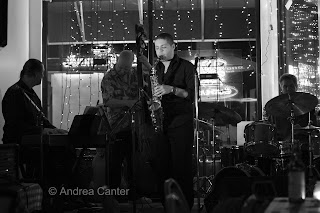 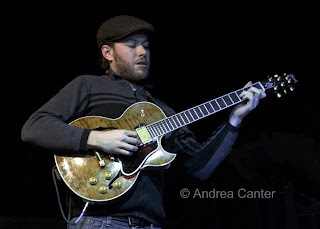 Reunions seem to be increasingly popular in jazz. Last year, Chick Corea and company toured with a reunion of the legendary Return to Forever. Periodically, Corea and Gary Burton revive their duet magic. Locally, we celebrated Jazz Is Now!’s return from hiatus in 2008 with the NOWnet ensemble. And now, one of the most popular area bands of the 90s reassembles at the Artists Quarter this weekend (July 24-25) when The Illicit Sextet plays their first public gig in about 12 years. All the names are still quite familiar on the local scene—trumpeter Steve Kenny, saxophonist Paul Harper, guitarist David Roos, pianist Chris Lomheim, bassist Tom Pieper and drummer Nathan Norman. Their lone CD, Chapter One, still garners raves. Maybe after this weekend, there will be a Chapter Two!

Stretching the envelope late Friday night, Jelloslave performs at the Dakota as part of the Late Night series. This quartet features 2 cellos, tabla and percussion, guaranteeing the music will be far out of the ordinary. Also inclined to stretch and reshape the jazz envelope, Fat Kid Wednesdays returns to Café Maude on Friday night at 9 pm. That means you can really stretch Friday into Saturday, starting at Maude and ending at the Dakota. Pretend it’s New York with detours and more places to park.

Another alternative this weekend, especially if you like just a bit of jazz with your rock, is the increasingly popular New Standards at the Dakota (7/24-25). I heard them for the first time at the TC Jazz Festival in June, and instantly understood their appeal, at least to my generation. These guys sound like what I wish pop/rock sounded like in the 60s – all acoustic, great musicianship, catchy tunes. And with an eccentric jazz trio instrumentation (vibes, bass and piano), it’s all the more fun and interesting.

Monday afternoon and evening (7/27), celebrate 25 years of music at the Hat Trick Lounge in downtown St. Paul, with a free buffet starting at 3 pm and accordion music from Dan “Daddy Squeeze” Newton beginning at 6 pm. The Hat Trick presents a variety of music including jazz and served as one of the prime indoor venues during the recent Twin Cities Jazz Festival.

Guitarist Zacc Harris either leads or performs in some of the most exciting bands in town (including the Atlantis Quartet and Monk in Motian), and at the AQ on Wednesday (7/29) he celebrates the release of his trio recording. Pete Whitman’s X-Tet returns to the AQ the following night (7/30), possibly the last chance to hear Kelly Rossum with the ensemble for some time. Across the river at the Dakota on Thursday night, young piano virtuoso Dan Musselman shows off his chops as performer and composer with his quartet, but I am hoping he does a few solo tunes as well, either from his 2008 release Ruminations or perhaps something we have never heard before.

If, like me, you missed Laura Caviani during her recovery from a hand injury earlier this summer, you have two chances to hear her this week: She’s at Crave Friday night (7/24) with the always-entertaining Debbie Duncan, along with Gary Raynor and Phil Hey. On Thursday (7/30), she’s back on the piano bench with the X-Tet at the AQ. That’s more like it.

There’s two more Friday nights with Maud Hixson and Rick Carlson at the Downtowner Woodfire Grill in St. Paul (7/24 & 7/31); and a cold beer and pizza just need the good company of Charmin Michelle and Denny Malmberg at Fireside Pizza, Mondays and Wednesdays. And if you happen to stay home Saturday nights, remember to tune in to KBEM 88.5 FM radio for Mary Ann Sullivan’s Corner Jazz.

Coming soon: Lots of great trumpets with The Trumpet Summit at the Dakota (7/31) featuring Kelly Rossum, Chuck Lazarus and the Dakota Trio (Tanner Taylor, Gordy Johnson and Phil Hey), followed by a late night gig with the John Raymond Project; guitarist Chris Morrissey’s quartet at the AQ featuring Dave King, Michael Lewis and Bryan Nichols (7/31-8/1); the Freedom Jazz Festival at Minnehaha Falls Park (8/1).
Photos (top to bottom): The Illicit Sextet in 1993 (band photo); John Munson on bass and vocals with the New Standards at the 2009 TC Jazz Festival; the Hat Trick Lounge, hosting Jon Weber and Alex Han during Jazz Night Out in June; Zacc Harris at the Artists Quarter. (Photos, other than Illicit Sextet, by Andrea Canter)
Posted by Canterjazz at 5:30 PM