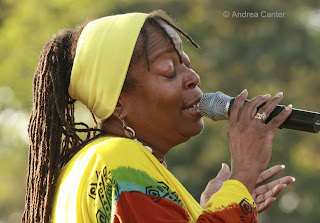 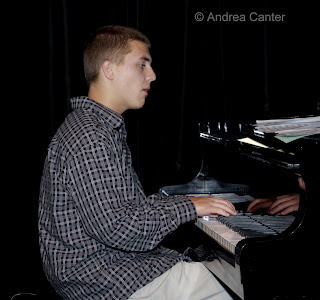 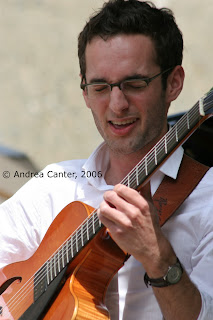 This weekend, one of the veteran entertainers and surely one of the most powerful jazz and blues voices in the Midwest takes the stage at the Artists Quarter. Every time I hear Debbie Duncan, I think she has raised the bar another notch. With frequent collaborator Mary Louise Knutson on piano, your satisfaction is guaranteed. Across the river, frequent visitor Estaire Godinez holds forth at the Dakota, which guarantees a weekend of hot Latin vocals and percussion, and another great band.

Short on experience but long on talent, the Javier Santiago Experiment gets underway at 11:30 pm Saturday as part of the Dakota Late Night Series. If you have followed youth jazz over the past five years or more, you have most certainly run into Javier at the piano, Chris Smith on bass and Miguel Hurtado on drums, long ago with the young teen group, The Eggz, and later Second Nature and The Bridge. The three alums of the terrific jazz program at Minneapolis South High (kudos to band director Scott Carter!) have been building their careers since high school—Javier and Chris at the highly selective Brubeck Institute at the University of the Pacific (in 2008, the Twin Cities, and South High, boasted two of the five “fellows” selected from nationwide auditions), Miguel at the Manhattan School of Music. First Chris, now Javier have continued studies at The New School in New York. They’ll be performing with saxophonist Aaron Hedenstrom, a UW-Eau Claire musician, and St. Paul Central HS grad Daniel Duke, alternating bass duties with Chris Smith. Javier and Daniel were part of the first edition of the Dakota Combo during their senior years of high school. So all in all, the Javier Santiago Experiment brings us an update of the trajectories of some of our finest young jazz artists. Definitely worth staying out late!

In the same age group, guitarist Julian Lage makes his Dakota debut as a leader on July 14-15. From the Bay Area, Lage was gigging with the big guys as a young teen, joining Gary Burton’s New Generations Band as a high school student. He was at the Dakota with NGB back in 2005. Now all of 21, Lage is a fast-rising star. I’ve seen Lage at the Headlsburg Jazz Festival with Billy Hart’s Quartet and am eager to see and hear him now as a maturing artist.

July 14th marks one of the rare performances of the Ellen Lease/Pat Moriarty Quintet, and perhaps the last time (in a while!) that trumpeter Kelly Rossum will be part of the ensemble, given his upcoming move to New York. Pianist Lease and saxman Moriarty have been leading this creative ensemble for a long time, but they only get together on stage a couple times per year. With Dave Stanoch on drums and Chris Bates on bass, it’s a band of eccentric inventors that turn each composition into a new experiment. Catch them at Studio Z in downtown St. Paul.
Something a little bit different – following Julian Lage’s early set at the Dakota on July 15th will be a special late night performance by Tia Fuller, best known these days as the saxophonist for Beyoncé. But she’s a fine jazz musician in her own right, as you’ll hear. (She’s in town for Beyoncé’s performance at Target Center the next night.)

Message from pianist Denny Malmberg that this Sunday (July 12) will be the last for brunch music with Denny and Charmin Michelle at Kozy’s in Galleria. But you can still catch them at their swinging, joyful best, most every Monday and Wednesday night at Fireside Pizza in Richfield. Another swinging duo, Maud Hixson and Rick Carlson, are serenading diners at the Downtowner Woodfire Grill in St. Paul every Friday night in July. I love them both, and best as a duo. Initmacy, classic style, and always divine material.

Coming soon—a rare weekend at the AQ with the Pete Whitman Quartet (July 17-18); a showcase of student jazz talents and CD release for the Dakota Combo on Peavy Plaza (July 18th, 11:30 am – 2 pm); a fascinating evening with Christopher O’Reilly and his classic-turned-rock inventions at the Dakota (July 20-21); Jeremy Walker’s Nownet at the Dakota and Irvin Mayfield’s new commissioned work for Orchestra Hall (both on July 23); the long-awaited Illicit Sextet Reunion at the AQ (July 24-25).

Photos (top-bottom): Debbie Duncan sang out recently as part of the TC Jazz Festival's Bloomington annex night; Javier Santiago at a recent AQ gig; Julian Lage at the 2006 Healdsburg Jazz Festival. (Photos by Andrea Canter)
Posted by Canterjazz at 11:57 AM