Hat Trick of Great Music at the Dakota 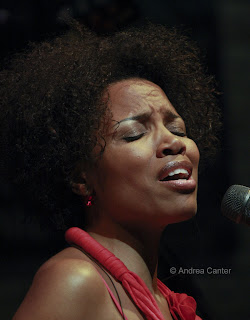 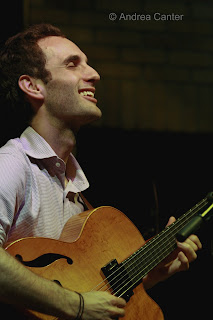 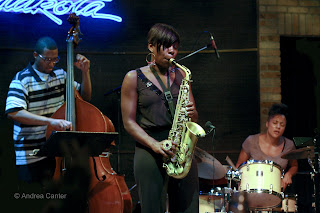 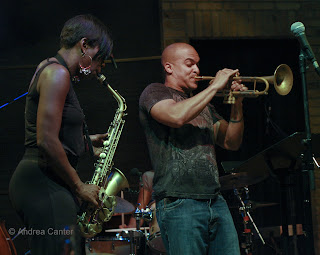 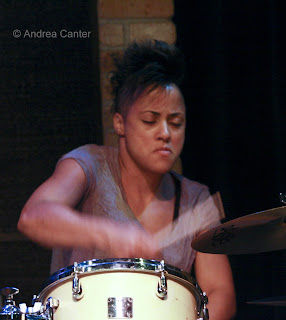 Hockey analogies may seem a bit far fetched when the topic is jazz, but this is Minnesota. I don’t really follow hockey but even I know that when a single player scores three goals in one game, it’s a “hat trick.” (And going back to the origin of the term in cricket, it referred to three consecutive strikeouts of a batter... or something like that.) So give three points to the Dakota for programming three consecutive winners this past week. Actually I hear it was really four, but I missed Steve Smith and Vital Information last Sunday. So maybe it was a crown trick? I’ll stick to what I heard first hand, which was plenty.

Monday night, after some urging by friends, I saw Lura’s first set. Lura is a singer, dancer, enchantress who takes her Cape Verdean heritage and blends in Latin, African and European elements to create an hour of incredible energy and diverse rhythms. Although we couldn’t understand a word of her lyrics (sung in Portuguese), there was no questioning the meaning behind her passionate vocals and seductive moves across and around the stage. Her tempos could shift on a dime and her phrases were as sultry as her swinging hips. She brought a band that could take on all-comers among global strings and percussion.

Tuesday and Wednesday, young guitar titan Julian Lage presided on stage with a band of equally young, primarily South American instrumentalists including bassist Jorge Roeder, at the Dakota this spring with the Kenny Werner Trio. I first saw Lage here with Gary Burton’s New Generations band when Julian was a mere 17; I caught him the next year in his native Bay area with the Billy Hart Quartet. But he was already a veteran, having performed professionally since age 8! Sometimes early prodigies turn out to be more ordinary as adults, but not so Julian Lage, now 21. With technique that seemed to cover the entire history of acoustic guitar, he played through a set of original music, fingers flying as he exchanged solos and big grins with his band mates. The music was exuberant, hard to classify, easy to enjoy. And no one had a better time than Julian Lage.

Lage played only one set Wednesday night, yielding the stage to a late set from Tia Fuller and cohorts from Beyoncé’s band. That’s right, Beyoncé’s all-woman band boasts some young talents who will hopefully find more time on tour breaks to polish their jazz chops. Which are already gleaming. Fuller, an alto saxophonist (and flautist, although she only played sax here), has already released two superb quartet albums with another ready for early winter release. She holds an advanced degree in jazz studies, spends as much time as her schedule allows teaching in clinics and jazz camps, and counts Sean Jones, Gerald Wilson, Steve Turre and T.S. Monk among her past and ongoing gigs. In a day early for the Beyoncé show at Target Center, Tia rounded up her long-time drummer Kim Thompson and a third Beyoncé partner, pianist Rie Tsjui. She just needed a bassist. When Dakota owner Lowell Pickett recommended Minneapolis native, New School senior Chris Smith, the quartet was complete.

The club was filled, and probably half the audience expected an R&B flavored evening. Mostly it wasn’t. Instead we were treated to some of the most energetic modern jazz of an already stellar year, and a number of delights that even the hard core among us did not anticipate: 1) Tia Fuller, in the style of Kenny Garrett among others, has a wicked musical imagination and engaging stage persona; 2) Kim Thompson might be the best of the powerhouse-style drummers you never heard of, but should, and surely will; 3) Rie Tsjui similarly might be the most creative and daring acoustic jazz pianist to fly below the radar screen. Add to that the always remarkable young Chris Smith, who soloed with aplomb and dexterity in his first hometown appearance without his local cohorts, and an impromptu appearance by trumpeter Irvin Mayfield, in town this week to work with the Minnesota Orchestra on a commissioned work he will premiere next week. Mayfield and Fuller went bell to bell on one of her compositions, and I have never heard Mayfield sound more free. The special guest list was not complete, though, and soon Tia had invited a couple more of the gals in the Beyoncé band to join in, drummer Nikki and a rapper who added another layer of zest to the set. While original tunes (many that Tia described as written with a specific family member or friend in mind) prevailed, Tia noted that her grandfather (also a musician) taught her to “always play at least one standard,” and dedicated a beautiful “I Can’t Get Started” to him.

So capped the Dakota’s Hat Trick. It’s a tough feat to replicate, but I know Lowell Pickett and his staff will do their best.
Photos (top to bottom): Lura; Julian Lage; Tia Fuller with Chris Smith and Kim Thompson; Tia and Irvin Mayfield; Kim Thompson. (Photos by Andrea Canter July 13-15, 2009). See Jazz Police (www.jazzpolice.com) for an article about Tia Fuller with interview excerpts.