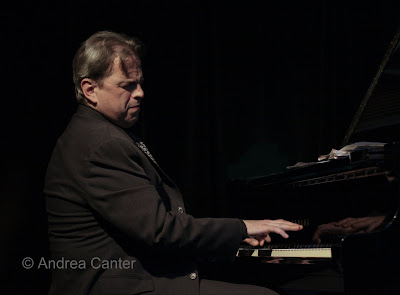 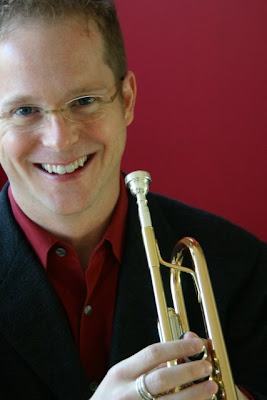 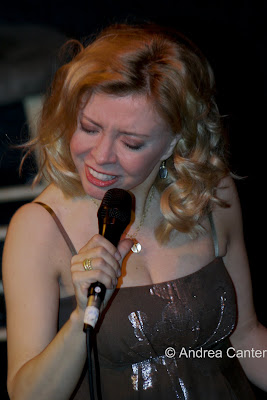 The Artists Quarter features a rare pair of weekends with national artists to close out the month, while the Dakota features a pair of sterling vocalists for the holiday. Meanwhile, Orchestra Hall reprises a popular Latin Jazz show highlighting the talents of one of its premiere trumpeters. If you stay in town for Memorial Day weekend, your jazz ears will be amply rewarded!

At the AQ, monster New York pianist David Hazeltine returns to one of his favorite Midwest haunts for three nights (5/22-5/24), joined most artfully by bassist Gordy Johnson and drummer Kenny Horst. Hazeltine might be best known for his long-standing partnership with One for All, one of New York’s most consistently hard blowing bands that also includes Eric Alexander and Jim Rotondi. But in his own right, Dave deserves as much attention as his cohorts. His last visit two years ago was filled with delightful invention and wide-ranging emotion. (Note 8 pm start time on Sunday night.)

It’s a songful weekend at the Dakota. Local favorite Patty Peterson—always entertaining and always on key—joins forces with Fred Steele for two nights of gospel-tinged jazz and blues (5/22-23). Rounding out the long weekend, award-winning journalist turned jazz singer Rondi Charleston returns Sunday night (5/24) with most of the band that recorded In My Life, her new CD/DVD release. The DVD was recorded live at Dizzy’s Club Coca-Cola, while the CD is a pristine studio effort. Her repertoire includes a few favorite standards, less familiar covers and some of her own compositions. While Rondi may be relatively new to the jazz circuit, she has a long history of vocal and drama studies as well as a former career as an investigative reporter. Uncovering stories as a journalist is apparently good experience for uncovering the story in a lyric. Saxophonist Joel Frahm has an uncanny rapport with Rondi; drummer Alvester Garnett and guitarist Dave Stryker also return from her 2007 tour, but I will miss pianist Bruce Barth and flautist Hadar Noiberg (both appear on the recordings).

Another great night of song is set for Crave at the Galleria on Friday (5/22) when Debbie Duncan and frequently cohort Mary Louise Knutson cram into the teeny “stage” space across from the usually noisy bar. The food is good and reasonable, and if you watch carefully around 10 or so you can grab a table much closer to the music and enjoy a rare intimacy with the musicians—who will appreciate your attention!

Looking for something cool after hours on Friday to kick off the weekend? It’s “Not Fat Kid Wednesdays” at Café Maude (5/22) when Michael Lewis and Adam Linz join drummer Jay Epstein. Make it Skinny Kid Fridays? Whether it’s JT Bates or Jay Epstein on drums, it’s a win-win situation. It’s jammed at Maud on weekends but show up after 10 and you can probably sit down, eventually. It's a busy weekend for Lewis who appears with the ultimate "youth oriented" Happy Apple at the Cedar on Saturday (5/23).

In 2007, trumpeter Charles Lazarus presented “A Night in the Tropics” at Orchestra Hall, with jazz quintet and his cohorts from the Minnesota Orchestra. Revived for the holiday weekend, Lazarus again shows off his extensive jazz chops with tunes associated with tropical climes, from Jobim to Gershwin. I missed the premiere but intend to make up for it Saturday night (5/23). Lazarus is one of those rare musicians who has attained credibility across genres. His jazz release Zabava (from late 2008) is an outstanding integration of sounds of East European traditions and jazz fusion, in the best sense of the term. I plan to cheat and put it on my “best of the year” list for 2009.

Good sounds continue the rest of the week, with the Dean Granros Trio (5/27) and Pete Whitman’s X-Tet (5/28) at the AQ; the edgy Atlantis Quartet (5/28) at the Dakota; another Wednesday night with Maud Hixson and the Wolverines at Hell’s Kitchen (5/27).

Coming soon: The AQ brings another national show to the stage (5/29-30), this time it’s quirky and insatiably creative drummer Ari Hoenig, along with Israeli guitarist Gilad Hekselman and local bassman Adam Linz. That’s a can’t –miss combination. Another can’t-miss is the return of the Roy Hargrove Quintet to the Dakota on June 1-2.