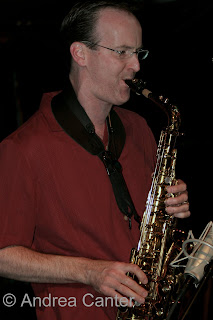 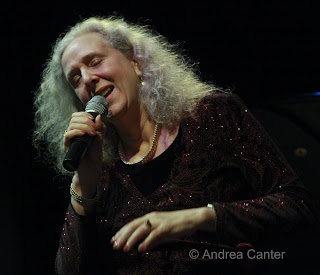 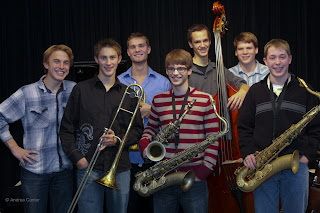 The future of jazz is on full display in the Twin Cities this week, starting with the 5th annual Jazz Piano Scholarship competition finals on Sunday and ending with the annual “Jazz Thursdays” concert hall performance by the Dakota Combo. And for these young upstarts there are plenty of admirable role models on the bandstands as well.

Tonight (5/15), one of the area’s pre-eminent jazz educators and multi-reed virtuosos, Dave Milne, performs with the ANCIA Quartet, an ensemble of area musicians who have been together for nearly 20 years. The four saxophonists (Milne on tenor, Angela Wyatt on bari, Matthew Sintchak on soprano, and Joan Hutton on alto) are “dedicated to the creation and performance of new works for saxophone quartet as well as the performance of traditional saxophone quartet repertoire.” That repertoire has included the works of classical composers from Bach to Debussy, of jazz composers from Gershwin to Ellington, and original compositions from ANCIA members. Tonight’s program features new works based on South Phillippine gong music, Sufi Whirling Dervishes, and Dave Milne’s arrangements of Chick Corea’s “Children’s Songs.” And what better setting for such artful music than the U of M’s Weisman Art Museum, Riverview Gallery? And it’s free.

Lucia Newell is always a treat to hear, and one of the most innovative vocalists in the Midwest. This weekend at the Artists Quarter (5/15-16) she celebrates one of the most innovative voices in modern jazz, the late Betty Carter. Carter was one of the pioneers among vocalists, using her voice as an improvising instrument. Lucia is no stranger to improvisation, and with Chris Lomheim, Terry Burns and Phil Hey, will give the audience not only a good dose of Betty Carter, but a showcase of Lucia Newell.

Sunday night (5/17) finds another virtuoso pioneer, pianist Marcus Roberts, in a rare solo performance at the Dakota Jazz Club. One of the true scholars of jazz history who has both revived the classical repertoire and demonstrated how tradition can inform modern music, Roberts will be wearing his jazz educator hat earlier in the day when he serves as guest judge for the 5th annual Jazz Piano Scholarship Competition finals at the Dakota. He’ll join Tanner Taylor and Mary Louise Knutson in evaluating the performances of three outstanding high school jazz artists—Chris Misa (Perpich Center for Arts Education), Cody Peterson (Stillwater H.S.) and Joe Strachan (Northfield H.S.). These finalists (already winners of $500 scholarships) will perform solo and in trio backed by local stalwarts Adam Linz and Phil Hey. It’s always an inspiring event that rekindles your faith in the future of jazz! And it’s free and open to the public. You can pick up quite a lot from the comments of the judges! The competition is sponsored by the Schubert Club and the Dakota Foundation for Jazz Education.

More inspiration will be on the stage of Antonello Hall at the MacPhail Center for Music when the third edition of the Dakota Combo performs in the last of the season’s Jazz Thursdays concerts on May 21st. This septet, directed by Kelly Rossum, has chops to burn – you aren’t likely to hear a high school band of this caliber anywhere else. These young musicians will be warmed up from a recording session earlier in the week at Wild Sound Studios, and will perform from a largely original repertoire. And it’s free. Most of the band are graduating seniors, soon to head to such schools as Juilliard, the New England Conservatory, Lawrence Conservatory, Northwestern and Michigan State.

As always, there’s a lot more going on throughout the jazz circuit—a CD release from the tuba-lead Ingo Bethke (Dakota Late Night, 5/16); some red hot Cuban jazz at Café Maude on Saturday (5/16) with Viviana Pintado, Matt Darling and Frank Rivera; an evening with the cast of the Guthrie Theater’s “Caroline” at the Dakota (5/18); the always implosive Jazz Implosion at the Clown Lounge in St. Paul (5/18); a night with the Atlantis Quartet at the AQ (5/20); the always fabulous Debbie Duncan at the Dakota (5/20) and Phil Hey Quartet at the AQ (5/21); Wednesdays in May with Maud Hixson and the Wolverines at Hell’s Kitchen (5/20); Charmin Michelle and Denny Malmberg at Fireside Pizza (every Monday and Wednesday).