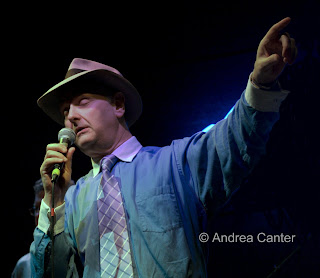 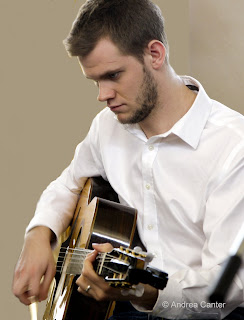 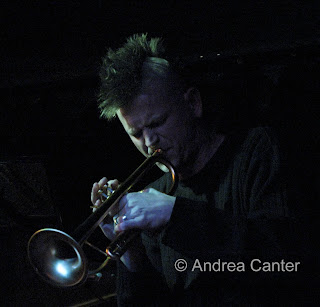 The (brief) return of an almost native son, a celebration of the most popular jazz recording of all time, a salute to “the losers” among Oscar-nominated songs, a salute to the matriarch of Minnesota’s First Family of Music, a side by side pairing leaping three generations celebrating their CD release, and the side by side eruption of two volcanoes. Another great week for jazz in the Twin Cities!

Bruce Henry spent much of his adult life as a Twin Cities transplant before returning home to Chicago last summer, but fortunately he keeps booking gigs in his old haunts with his long-time band. As fine a baritone voice as you will hear with more blues and soul than you can absorb at one hearing, Bruce takes back the stage of the Dakota for the weekend (4/17–4/18). If anything, absence has made his voice and heart even stronger.

Keep on singing Saturday night (4/18) with Arne Fogel, Nancy Harms and Connie Evingson at the Hopkins Center for the Arts as the trio celebrate the “nominees” that never won an Oscar for best song. Much like the list of finalists for the Thelonious Monk competitions, the list of “also rans” includes some of the most beloved songs from American film. And these three singers will remind us why we love these tunes, and make us wonder why they didn’t win! After the show, you can probably catch Bruce Henry’s final set at the Dakota, then stick around for a hot Late Night gig with Counterclockwise—Tanner Taylor on Hammond B-3, Zacc Harris on guitar, and Jay Epstein on drums. Backwards or forwards, it will be great time.

Another tough choice for the weekend—two nights at the Artists Quarter celebrating the 50th anniversary of Kind of Blue, Miles Davis’ recording that set the world of jazz on fire and continues to do so today, as Kind of Blue is still the best selling jazz album of all time. Paying their respects will be an all-star quintet with Dave Karr and Steve Kenny on horns and a rhythm section of Mikkel Romstad, Tom Lewis and Kenny Horst.

Local legends get their due on Sunday (4/19): In the afternoon at the Capri Theater, Jeanne Arland Peterson is the subject of a much deserved tribute to her vast talents as vocalist, pianist, and head of a family that has been synonymous with music for three (and soon four) generations of Minnesota musicians. Come evening, find your way to the Artists Quarter for the CD release from one of the most exciting cross-generational duos around--sax legend Dave Karr and legend-in-the making, guitarist Sam Miltich. Sam keeps it swinging and Dave manages to mesh swing and bebop like no one else. (Note start time of 7 pm!)

Can’t cross the river to the AQ? Things will swing at the Dakota as well on Sunday night as Connie Evingson leads the almost monthly Hot Club Sunday.

There’s been no press release but there are rumors of some sort of festival on the U of M West Bank with Dr. Lonnie Smith turning up at the Cedar Sunday night. Check with the Cedar. Other hot acts like Medeski, Martin and Wood are scheduled, but where’s the schedule?

Monday night brings a very special pairing to the Dakota when MacPhail colleagues Nachito Herrera and Kelly Rossum join together for what could be the most highly combustible event to hit the Midwest since Mrs. O’Leary’s cow. Each a titan in his own right, and with some previous collaborations via Nachito’s big band, the Cuban piano monster meets the doctor of baroque trumpet/leader of cutting edge jazz bands for what promises to be a sensational evening.

If you like your vocals smooth and sexy and swinging, you have three chances to hear Steve Tyrell at the Dakota—Tuesday through Thursday (4/21-23).

Can’t rest up for the weekend yet: Judi Donaghy and the Wolverines Trio celebrate the release of Swing Out! at Hell’s Kitchen (in the old Rossi’s space) in downtown Minneapolis on Wednesday (4/22). Also on Wednesday (4/22), the Adam Linz Trio stars at the AQ, followed on Thursday (4/23) by the monthly pleasures of the Phil Hey Quartet.

As always, some of the best organ trio music in the nation takes place every Tuesday night at the AQ with Bill Brown and the Tuesday Night Band; while the best music to listen to while eating pizza happens at Fireside Pizza in Richfield every Monday and Wednesday with Charmin Michelle and Denny Malmberg.
Coming soon: A big weekend again, with Jim Rotondi and Rick Germanson at the AQ (4/24-25), The Bad Plus at the Cedar (4/25), and rising vocalist Robin McKelle (4/24-25) in her TC debut at the Dakota. Followed quickly by Ben Sidran (4/26-27), Kelley Johnson (4/28) and more at the Dakota, saxmen Doug Haining (4/29) and Joe Smith’s (4/30) quartets at the AQ, and the great McCoy Tyner at Orchestra Hall (4/30).