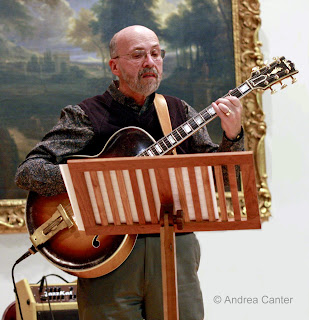 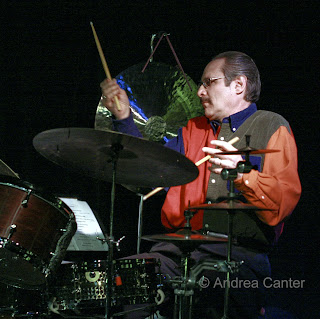 Here comes another week of jazz in the Twin Cities! If you missed Tierney Sutton last week.... well, don’t make that mistake the next time she’s in town! (See last night’s blog.) Of course more great jazz is coming this week:

Two of the area’s finest voices and most entertaining performers join together at the Dakota tonight (3/27)—Debbie Duncan and Judi Donaghy. Once-time partners with The Girls (and Judi still has that gig), these masters of their craft also teach at McNally Smith in St. Paul. And across the river at the Artists Quarter (3/27-3/28), we once again are blessed with a visit from New York saxman Jim Snidero, an alum of the Frank Sinatra Orchestra, Akiyoshi Orchestra and Mingus Big Band. Here we will enjoy him in the more intimate small club setting, backed by a trio led by the monstrous Tanner Taylor.

If you are looking for something a little different, check out the Spotlight Series concert at the MacPhail Center for Music tonight (3/27) in the beautifully and acoustically sophisticated Antonello Hall. Entitled “Musical Mosaic,” it features the combined efforts of faculty from classical and jazz realms, including star trumpeter Kelly Rossum(who actually has a doctorate in classical trumpet!), trombonist Scott Agster (Snowblind, Davina & the Vagabounds and much more), and trumpeter Takako Semiya Senn as the MacPhail Brass Trio. There will be performances by voice/piano duo, solo clarinet, and “The Prairie Song Project” (flute, voice, piano) with readings from Shakespeare and Willa Cather.

Whatever you do Saturday night (3/28), try to store up the energy for another winner with the Dakota Late Night series, featuring the debut of the 2009 Late Night All-Stars. There have been a few gatherings of Late Night performers in the past, and now this popular idea has been formalized as a quintet featuring guitarist Zacc Harris, trumpeter John Raymond, saxman Chris Thomson, bassist Jim Anton and drummer Jay Epstein. Sounds like a brassy ball of fire! They take the stage around 11:30 pm and keep the place jumping til about 1:30 am. Zacc promises tunes from the likes of Joe Henderson, Wayne Shorter, Bill Frisell, Horace Silver, and Thom Yorke. At $5, it’s also one of the cheapest sources of great music for a Saturday night.

And then there’s Sunday (3/29). Two matinees are an unfortunate overlap but you can’t say there are no options! At 2 pm in downtown Minneapolis, the Blue Note Seven will undoubtedly prove to be one of the jazz highlights of Orchestra Hall’s season. The esteemed record label assembled this septet and tour in honor of its 70 years producing the top names in jazz; the resulting CD (Mosaic) pays reverent tribute to the classic works of the 60s and 70s (Art Blakey, McCoy Tyner, Freddie Green, Joe Henderson, Horace Silver, Wayne Shorter....), as will the band Sunday afternoon. All heavyweights led by pianist Bill Charlap, with Ravi Coltrane, Steve Wilson, Nicholas Payton, Peter Bernstein, Peter Washington and Lewis Nash.

Across town, across the river at the Bloomington Center for the Arts (Black Box Theater) at 3 pm, the afternoon will be filled with the songs of Ella, Carmen and Sarah as “Sisters in Song” give their first concert hall performance. These “sisters” are three of the Twin Cities’ finest—Vicky Mountain, Dorothy Doring and Lila Ammons, and their band is a similarly impressive combination of Phil Aaron, Jocko McNelly and Reid Kennedy.

No matter where you spend your afternoon, make one more stop to hear Soul Café at the Hennepin Avenue United Methodist Church in Loring Park, 7-8 pm. It’s always amazing how much music and inspiration they can fit into one hour. Steve Blons (guitar), Brad Holden (alto sax) and Laura Caviani (piano) have been performing together for about six years, and it’s an elegant musical collaboration paired with readings from acclaimed poets. The theme tonight is the poetry and jazz of women writers—the poems of Arab-American poet Naomi Shihab Nye, and the music of Mary Lou Williams, Marian McPartland, Lil Hardin, Irene Higginbottom, and Laura Cavianim
As for the rest of the week? Every Tuesday there’s the Tuesday Night Band (B-3 Organ Night) at the AQ, and Thursday (4/2) is the AQ’s special CD Release Party for Framework, the trio of Jay Epstein, Chris Olson and Chris Bates. The music is subtle, sophisticated, with a sometimes classical overtone thanks to Chris Olson’s guitar, and always an improvisational focus. None of these guys is shy about experimentation!

Also on Thursday (4/2) and early enough to make the AQ afterwards, catch the next film in KBEM’s REEL Jazz series at Bryant Lake Bowl in south Minneapolis. The April screening is Martino Unstrung: A Brain Mystery from director Ian Knox and neurologist Paul Broks. This is an inside examination of the guitar legend’s recovery from brain surgery that forced him to totally relearn everything, including his own instrument. Call KBEM and reserve a spot in this small theater for the 7 pm show, and come early to catch some live jazz.

There’s always more—Debbie Duncan (4/1) and Benny Weinbeck (4/2) at the Dakota; Charmin Michelle and Denny Malmberg at Fireside Pizza in Richfield every Monday and Wednesday evening; free-leaning and experimental jazz at Café Maud every weekend and often during the week. Watch MinnPost.com and JazzPolice.com for ongoing updates.
And coming soon? Great NY guitar hero Greg Skaff at the AQ next weekend (April 3-4); the edgiest of improvisers Milo Fine and special guest Taylor Ho Bynum at Homewood Studios (April 5); The Girls at the Dakota (April 5); Snowblind at the Dakota (April 9). And if you really like to plan ahead, note: Jim Rotondi and Rick Germanson at the AQ (April 24-25); The Bad Plus at Cedar Cultural Center (April 25), Brad Mehldau at the Dakota (May 3), Jason Moran’s Monk at Town Hall Project at the Walker (May 9), and Hiromi at the Dakota (June 21-22). And remember the Twin Cities Jazz Festival, St. Paul only this year, June 18-20.