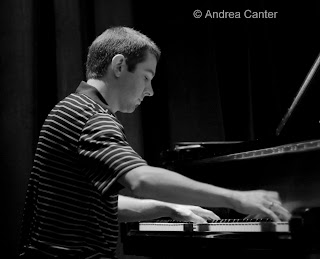 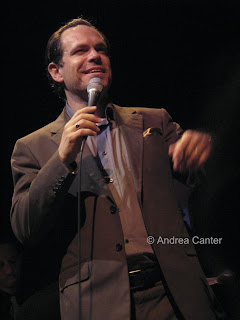 A weekend of too many delights: Kurt Elling, as inventive a vocalist as has walked the planet, brings his John Coltrane/Johnny Hartman project to Ted Mann, accompanied by tenor saxophonist Ernie Watts, the ETHEL string quartet, and his long-standing trio led by pianist extraordinaire Laurence Hobgood (February 20th). Not that Elling needs anyone in support, as he can sing with with finesse of Hartman or the soaring inventions of Coltrane. But Grammy-winner Watts will be a treat to hear in the perfectly-sized hall; an evening with Laurence Hobgood is guaranteed to keep your heart beating joyfully, and ETHEL is just too exciting to describe as a “string quartet.” They plug in and take off.

If Elling and company don’t take a long intermission, it might be possible to make most of the first night of the Artists Quarter’s annual Tribute to Bobby Peterson, with pianists Laura Caviani, Peter Schimke and rising talent Dan Musselman, backed by Chris Bates and Kenny Horst (2/20). The salute continues Saturday night (2/21) with Tanner Taylor, Phil Aaron and Chris Lomheim, while Adam Linz takes over the bass duties. It was my great misfortune to never hear the late Bobby Peterson, although it seems unlikely I could have missed him completely given his prolific run of performances in the 1990s up til his death in 2002. Most pianists who spent any time in Minnesota in the past two decades cite Peterson as a mentor or key influence. His Live at the AQ trio recording (with Horst and cousin Billy Peterson) is surely one of the best local productions of the Millenium. Check out the video of Bobby in tandem with Captain Jack McDuff on Jazz Police!

Bouncing between jazz and pop, the Manhattan Transfer manage to do justice to both, and they have been doing so for over 35 years. Three of the quartet date back to the beginning (Tim Hauser, Janis Siegel, Alan Paul) and “newbie” Cheryl Bentyne has been part of the team for over 25 years. The biggest reason to hear them this week (February 23-24) is the rare opportunity (if a pricey one) to hear them in a club setting, at the Dakota. If you have only heard MT at Orchestra Hall, you have not really heard them.

What’s better than free jazz? The cover, not the genre? The inventive trio Framework—Chris Olson, Chris Bates and Jay Epstein –offers an introduction to their brand new CD with a show at McNally Smith College in St. Paul on February 25th. Each of these musicians is as much fun to watch as to hear. You can see the wheels turning, the ideas flowing.

And get ready for next weekend—Bruce Henry returns for a show with his long-standing band at the Hopkins Center for the Arts on February 28th and Debbie Duncan takes over the Artists Quarter (February 27-28), perhaps a warmup for her March 7th gig with the great Kenny Werner Trio at the Dakota.

If you don’t see me, know I am in Boston but hardly jazz-deprived, taking in two nights at the Regatta Bar, with Freddy Cole and McCoy Tyner. I’ll be back in time to catch Joshua Redman (March 2-3), Claudia Schmidt (March 4) and Esperenza Spalding (March 5) at the Dakota; the Jazz at Lincoln Center Orchestra at Orchestra Hall (March 6-7); and of course I would not miss Kenny Werner (March 7th). But it will be a weekend of tough choices, with masterful pianist Frank Kimbrough at the U of M, playing with Gordy Johnson and Phil Hey on March 6th and with the U Jazz Ensemble I on March 7th. I am considering having myself cloned.

A note on the closing of the Times: Hopefully this is not a permanent state, as the Times was the third fulltime jazz club in the metro and one that loyally hired local musicians representing the best of our jazz community, from vocalists, trad and swing bands, Latin ensembles and Hot Club jazz.
Photos: (Top) The Manhattan Transfer performs at the Dakota (2/23-2/24); Tanner Taylor appears with the Bobby Peterson Tribute on 2/21; Kurt Elling salutes the John Coltrane/Johnny Hartman recording at Ted Man (2/20). Taylor and Elling photos by Andrea Canter.
Posted by Canterjazz at 10:33 PM