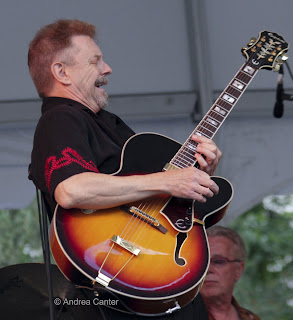 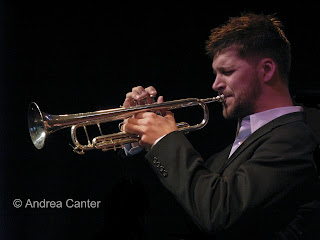 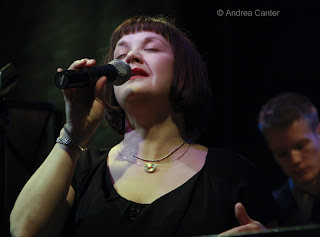 Strings of interest this coming week! Start off with the Artists’Quarter’s Jazz Guitar Hero Weekend, Friday and Saturday. Backed by the immensely creative Chris Bates on bass and the always swinging Kenny Horst on drums, six of our local six-string masters, across generations, will strut their stuff. Friday night features Dean Magraw, the wizard of fluid motion and ambient textures who leads his own trio and Red Planet; Billy Franze, the sometimes maniacal, always groovin’ and sometimes singin’ string man of the Tuesday Night Band; and prodigiously talented heir to Django and leader of the Clearwater Hot Club, Sam Miltich. Come back Saturday night for another hat trick—the Dean of local guitar jazz, Dean Granros; McNally-Smith instructor and fleet-fingered star of Framework, Chris Olson; and another young talent on the rise—who lately leads the early edition of Tuesday nights, Cory Wong.

It’s been a while since jazz violinist Randy Sabien performed in the Twin Cities. He returns for two nights at the Dakota, February 3-4. He is as likely to play some Stephane Grapelli as some Grateful Dead or even some folk tunes. What makes this gig extra special is the band—local jazz icons Laura Caviani on piano and Gary Raynor on bass, drummer Pete Johnson, guitarist Jim Ouska (who plays in Randy’s Fiddlehead Band) and two more violins! He’s been recording live with Prairie Home Companion throughout January. This is a one-admission show at the Dakota—one cover at 7 pm, good all evening. Only $12 but advance reservations are a good idea.

A restaurant in Burnsville might not seem like a likely venue for a west coast bassist/vocalist but somehow Kristin Korb was booked into the new Applewood Rustic Grill on February 4th. There’s been little PR so far but then it is a small venue. I first saw Korb at the 2004 Hot Summer Jazz Festival – she really can sing and play bass, even at the same time. A protégé of the late Ray Brown, she is currently on the faculty of the Thornton School of Music at USC. I hope she packs warm clothes—she’ll be in Bemidji after Burnsville.

In addition to this string of great music, you can hear vocalist Christine Rosholt at the Dakota on Monday night, which usually means you can also hear Tanner Taylor, Dave Karr, Graydon Peterson and Jay Epstein. If you have checked her My Space page lately (which I recommend), you know that Christine is branching out beyond the Great American Songbook and tackling some new compositions from an English songwriter. It’s some of her most exciting work yet.

Young up-and-comer John Raymond has been gigging around the Twin Cities since high school. I first saw him play trumpet with the original Jazz Is Now ensemble when he was barely past graduation. In his first year at UW-Eau Claire, John put together his first edition of John Raymond Project and blew the roof off the Bryant Lake Bowl Theater. He’s returned home many times since, playing with Nachito Herrera, Yohannes Tona, and leading different configurations of his Project. His latest band will be at the Dakota on February 5th, with new compositions and arrangements that are sure to be flying high with energy and purpose.

And KBEM’s monthly REEL Jazz film series moves into the winter season on Thursday with local historian Bob DeFlores hosting an evening of film from his private collection, including a Mel Tormé interview and performance from 1960s San Francisco Jazz TV, and a feature from Chicago tv’s Art Hode’s Jazz Alley, this one with a band including Eddie Condon and Jimmy McPartland. These monthly screenings start out at 6:30 with a half hour of live jazz with the film rolling at 7 pm. See the monthly schedule at the KBEM website (http://www.jazz88fm.com/). All screenings at Bryant-Lake Bowl in south Minneapolis. Catch the film and then come over to the Dakota for the John Raymond Project!
Finally, MPR's loss (self inflicted) is KBEM's gain--Maryann Sullivan returns to weekly jazz radio with Corner Jazz, every Saturday night from 9-11 on FM 88.5. She's looking forward to working with old friends, and carrying on the work she started at MPR, "only more so." Her first broadcast is Saturday night, January 31st.

It’s always fun to look ahead: The Atlantis Quartet at the AQ on Friday (2/6) and then on the other “coast” Saturday night for the Dakota Late Night spot; Rossum Electric Company at the Dakota for Late Night on Friday; the 30th Anniversary bash for the Twin Cities Jazz Society on Sunday (2/8) at the Dakota; Ann Hampton Callaway at the Dakota February 9-10, and too many options on February 12th—Twin Cities Mardi Gras with Irvin Mayfield at Orchestra Hall; Jazz Is Now with Ron Miles at the Minnesota Opera Center; and ECM recording artist, the very unusual trumpeter Jon Hassell.
Photos: (Top-Bottom), Billy Franze at the 2008 TC Jazz Festival; John Raymond at the Dakota, summer 2008; Christine Rosholt at her CD release party in November. Photos by Andrea Canter
Posted by Canterjazz at 12:20 AM