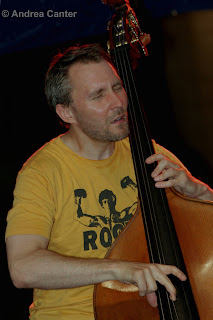 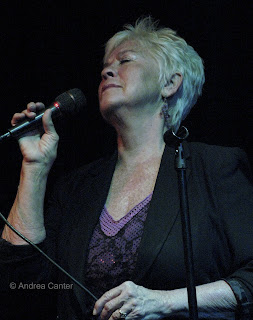 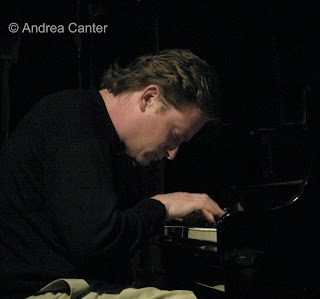 For local jazz fans, the best gifts come after the holidays this year. Fortunately, the sequence allows us to enjoy both.

Among the most innovative musicians to call the Twin Cities “home” are pianist Bill Carrothers and two-thirds of the Bad Plus, Dave King and Reid Anderson. Carrothers, a student of the late Bobby Peterson who performs far more often in Europe than stateside, takes the weekend gig at the Artists Quarter. With Gordy Johnson and Kenny Horst, this is hardly a pick-up band for Carrothers. They might even give us a taste of Bill’s “new” release on Pirouet, Home Row, recorded in 1992 with Gary Peacock and Bill Stewart and for some reason held back from release until now. Carrothers is among an elite pool of modernists who never stops creating within the acoustic universe—and his is a far-reaching universe where every means of generating sound from the instrument is fair game. Bill can defy every tenet of harmony to produce always-harmonious (if sometimes off quadrant) results. For the past few months his After Hours release with Horst and Billy Peterson (originally issued about seven years ago) has stayed in my car stereo rotation. It’s glorious. The tunes are all familiar standards, the sounds and rhythms are all new. You never know what you’ll hear from Bill, just that he will enchant, challenge, and entertain. December 26-27, 9 pm at the Artists Quarter (408 St. Peter Street, St. Paul; http://www.artistsquarter.com/)

Also getting underway tonight but continuing through Monday is the annual holiday residency of The Bad Plus, aka Ethan Iverson, Reid Anderson and Dave King. Reid and Dave, along with New York-based keyboard monster Craig Taborn, jammed together as teens before their burgeoning careers took them off in separate directions. As the 20th century closed, Anderson and King, along with Wisconsin native Ethan Iverson, discovered that together they had something very unique. They released a couple self-productions before landing a gig at the Village Vanguard. American jazz has never been the same. They’ve gone on to international rock-star status, a spate of highly regarded albums on Columbia, and now their own label, Do the Math. Each of the threesome is a skilled composer, although their covers of mostly rock fare tend to get more attention.

There’s no doubt that by tackling (and reinventing) the works of Black Sabbath and David Bowie, The Bad Plus has pulled in an audience that might not otherwise think of jazz as more than their grandparents’ music. But this remains music that their grandparents can nevertheless appreciate for its accessibility and clever reconstructions, and simply for the artistry of each musician. They have a new release on EmArcy (For All I Care), already out in Europe and expected locally in February, including vocals from Twin Cities’ alternative rocker Wendy Lewis. Lewis is not expected to turn up at the Dakota this weekend but no doubt we will get a taste of the new material. Dave King introduced a few snippets at his master class at MacPhail last month.

If you hit the early set at the Dakota tonight or tomorrow, or plan to catch the late sets at the AQ, consider stopping in for a drink and a crab cake at Cue at the Guthrie and enjoy what might be the last weekend of coolly sophisticated and swinging jazz at this classy Mill District venue. Maud Hixson (December 26th) and Charmin Michelle (December 27th), as well as Dean Brewington (New Year’s Eve) should provide ample justification for Cue to continue live music. The music is free, parking is not, but consider it a good trade off.
Finally, New Year's Eve means a number of options all over town, some pricey, some not. You can catch an intimate early set (seating at 5 pm) with Maud Hixson and Rick Carlson at the Times; no cover at all for Dean Brewington and his quartet at Cue; or my favorite NY Eve activity, the party at the Artists Quarter with Carole Martin and the Dave Karr Quartet. Carole is a NY Eve tradition, just like the down-home buffet and noisemakers. The cover has gone up to $33 but consider the food, champagne and the feel of a party with all of your friends and none of the prep and clean-up! No formal attire required. At midnight, you can count on Carole to share the stage with daughter Dawn Horst for some rib-kickin' blues.
Happy New Year from JazzINK!
Photos, Top-Bottom: Reid Anderson of the Bad Plus; Carole Martin; Bill Carrothers. (Photos by Andrea Canter)
Posted by Canterjazz at 10:00 AM