The Evidence for "Monk in Motian" 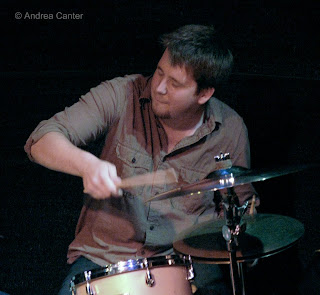 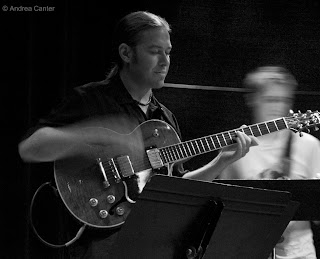 Whether or not you are a particular fan of the often quirky music of Thelonious Monk, it’s nearly impossible to avoid his influence if you listen to jazz, live or recorded, vocal or instrumental. Even the most casual jazz listener has heard such great standards as “Round Midnight,” “Ask Me Now," "Rhythmining.” Among the most serious musicians, the Monk songbook often has biblical significance, a source of inspiration for improvisers and composers.

Although often cast as one of the founders of bebop, Monk’s style veered off in an idiocyncratic direction, his compositions marked by dissonant harmonies and angular melodic twists, while his unique, self-taught piano style featured a highly percussive attack with abrupt use of silence and hesitations. One of the greatest (and most prolific) composers of the 20th century, for many years only the most sophisticated jazz musicians, including Coleman Hawkins and John Coltrane, appreciated his genius. Yet today, Monk’s compositions are part of the standard repertoire of jazz, from straight ahead to avant garde. Not only did Monk write hundreds of tunes, his off-kilter structures and rhythms offer endless avenues for interpretation regardless of stylistic leanings.

One renowned interpreter of Monk is the great drummer Paul Motian, himself a partner of Monk in the 1950s before defining stints with Bill Evans, Keith Jarrett, Paul Bley and Charlie Haden. In the late 70s, Motian formed the Electric Bebop Band, a unique ensemble with two guitars, sax (or two saxes), bass and drums that reinvented compositions of Monk, Bud Powell and other great bop-era composers. This transposition of the work of one genius through the creative mind of another was the impetus for a new Twin Cities band, aptly calling itself Monk in Motian, pun intended.

Monk in Motian debuted as part of the Late at the Dakota series of weekend, after-hours performances by the area’s most cutting-edge and experimental bands. Monk in Motian certainly qualifies on both counts. It’s core includes members of the fusion-fueled Atlantis Quartet—guitarist Zacc Harris, saxophonist Brandon Wozniak and drummer Pete Hennig, as well as their frequent collaborators guitarist Park Evans and bassist Cody McKinney. McKinney missed the debut, replaced for the evening by Jeremy Boettcher, a recent grad of the the University of Wisconsin-Eau Claire. Boettcher was recently on the Dakota stage with the John Raymond Project, so he’s certainly had experience with innovative jazz ensembles.

As familiar as I think I am with Monk’s songbook, hearing some of his less familiar compositions (“Introspection” ? I have not yet tracked down a recording of that one!) as well as those that seemed vaguely familiar but totally disguised by this instrumentation was akin to hearing new works. As anticipated, given this was billed as “in the style of Paul Motian,” the gig proved to be a drummer’s playground, Pete Hennig grinning from one rim shot to another, driving hard and fast, popping left and right, contorting above the snare with arms flailing from crash to ride....the man barely removed from the boy sitting on the kitchen floor, delightedly banging mom’s pots and pans. What joy to be a drummer uninhibited by musical convention, surrounded by kindred spirits unashamedly adding twists and angles to what was already jagged and bent? Monk’s music is innately filled with movement, across intervals, across time zones, and tonight’s band thrived on the double meaning of its name.

The dueling guitars of Zacc Harris and Park Evans, along with Jeremy Boettcher’s electric bass, and given the absence of a keyboard, are the purveyors of much of the motion, alternately ambient and angular, a debate among forces of acoustic and electronic, sometimes playing in unison, sometimes back and forth, sometimes in simultaneous rampage. Brandon Wozniak shifts between leading man and supporting roles, often matching the lines of one guitar or the other, otherwise adding harmonic tension or pulling at the melodic thread. That thread was most evident on the one ballad of the first set, “Ask Me Now,” one of the easily identified themes of the night.

Neither listeners nor performers can get too complacent regarding Monk’s compositions. For more than 50 years, we have been fascinated by these engaging, irregular, elastic sequences of sounds and silences. Monk has been imitated, dissected, reassembled by countless artists from the most conservative swinger to the most adventurous explorer. Paul Motian has been one of the most innovative in his effort to excise the essence of Monk. Locally, Monk in Motian offers a new way to examine that innovation, an effort that forces us to rethink our own understanding of the mind and music of Thelonious Monk. And have a lot of fun!