Ears on the Future, Part 2 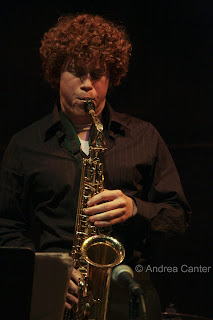 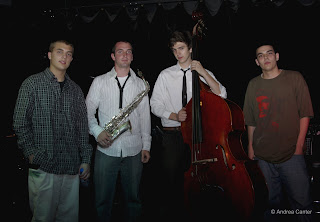 I was not really aware of the depth of youth jazz in the Twin Cities until I heard a set at the student stage of the Hot Summer Jazz Festival about five years ago. On the bandstand were four boys in their early to mid teens, led by the youngest, a slight, red-headed kid blowing through Monk’s classic, “Well You Needn’t.” Only 13, Owen Nelson was already a bandleader, and for the next few years he would oversee an increasingly popular student group known as The Eggz. Through their high school years, the quartet endured some personnel changes, helping to “hatch” the jazz careers of not only Owen but pianist Javier Santiago, bassist Chris Smith, drummer Miguel Hurtado, vocalist Berit Ulseth. At the high school level, other student bands emerged, often sharing these same intensely serious musicians under band names like The Bridge, performing at area festivals and neighborhood events. And repeatedly we heard the same names attached to evolving chops—Nelson, Smith, Santiago, Hurtado, Commodore, Hartnett, Fitch, Ulseth...

Another common denominator among our locally emerging jazz artists has been the public schools. Despite serious budget problems indigenous to urban schools, south Minneapolis music programs have nurtured jazz—Ramsey Middle School under Tom Wells, Southwest High School under Keith Liuzzi, South High under Scott Carter. Among a long list of alum credits, South High produced an unprecedented two-fer---two grads (Javier Santiago and Chris Smith) selected for the prestigious Brubeck Institute Fellows program, with overlapping residencies during the past year. Javier, Chris, and Miguel are all products of Ramsey as well as South High. Across the river in St. Paul, Central High School under Matt Oyen similarly has served as an incubator of talent, filling four of the seven slots of in the inaugural Dakota Combo for 2006-07.

Recent performances on Twin Cities stages allow one to trace the evolution of jazz talent from festival tents to top club venues. Seeking a happy hour refuge in the Dakota during the recent Twin Cities Jazz Festival’s only rain delay, I ran into Owen Nelson, home from his first year at McGill University in Montreal and a year beyond his tenure with the first edition of the Dakota Combo. He was a guest performer with the regular Friday Happy Hour band featuring 88-year-old tenor saxophonist Irv Williams. He soared through “Body and Soul,” clearly expending both through his horn.
Earlier, before the rain cut their set short, I had been listening to Neoterik at Peavey Plaza. This band of college musicians was 50% Eggz and South High alums, Javier Santiago, Chris Smith and Miguel Hurtado. And I wondered if the festival audience realized that we were also listening to 50% of the current Brubeck Fellows Quartet? Their three cohorts, none local, attend programs at Manhattan School of Music and Northern Illinois University. Their opening tunes were filled with spiraling horn harmonies, peppery percussion, fine soloing moments from piano and bass. Then came the rain and thunder.

Festival gigs are only part of the schedule for our college student stars. Since high school graduation, a core of this talent has been booked at least one summer night at the Artists Quarter and/or Dakota Jazz Club, the latter as part of the Late Night series. Javier, Chris, Miguel and saxophonist Joe Hartnett have appeared together, again this past week at the AQ with St. Paul Central/Dakota Combo grad Daniel Duke replacing Chris on bass. Javier and Daniel cemented the rhythm section of the first edition of the Dakota Combo, the Twin Cities’ elite high school jazz ensemble directed by Kelly Rossum, while Javier and Miguel have teamed together since the Eggz and their days at South High. The long history of these musical relationships plays out on stage, the spirit of collaboration ever present. The repertoire on July 10th was adventurous as the quartet generally veered away from common standards toward more challenging covers of Sam Rivers and Kenny Garrett, along with some intriguing original compositions.

As one might expect from veteran artists, the four collaborators mapped out each journey, generously shared their mission, listened and reacted as each new idea was born and followed their individual paths to a common destination, with a focus on melody and movement. And as one does expect at the Artists Quarter, the audience was treated to an evening of well executed, challenging but accessible music that never seemed derivative. Rather than an outstanding student band, we experienced a memorable performance from four talented, professional musicians.

As we hear the enthusiasm of young students in programs such as Walker West, MacPhail, MITY, Dakota Combo and area school bands, it’s encouraging to also watch the trajectories of the musicians who found their initial inspiration from these sources, nurtured by band directors like Scott Carter, Matt Oyem and Kelly Rossum, and driven to perform by young leaders like Owen Nelson. Eggz become Eggz Benedict!

For a more detailed review of the quartet at the Artists Quarter, visit http://www.jazzpolice.com/

Photos: Top, Owen Nelson performed during Happy Hour at the Dakota on June 27th. Bottom: Javier, Joe, Daniel and Miguel at the Artists Quarter on July 10th. (Photos by Andrea Canter)
Posted by Canterjazz at 4:44 PM