Not Just Another Coltrane 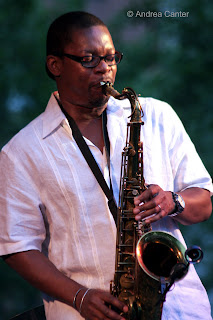 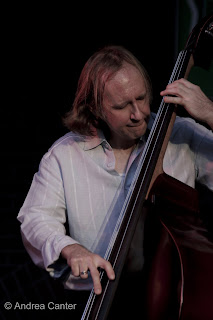 Sons and daughters of legends, be they titans of jazz like John Coltrane or world leaders like Jimmy Carter, face an uphill battle in forging their own identities. Many take the path of least resistance, finding themselves on paths as far removed from the famous parent as possible. Imagine young Ravi Coltrane considering the saxophone in the shadow of his late father’s genius. Actually he first considered the clarinet but told an interviewer that “Jazz music was something I always appreciated but I had to reach my late teens and go through profound family changes before the music became a dominate force in my life.” One of the profound changes that heavily influenced his commitment to music was the death of older brother John in a car accident in 1982. For a while, Ravi stepped back from music—and from the clarinet. Four years later, with a renewed sense of purpose, he enrolled at the California Institute of the Arts to pursue musical studies—and the saxophone. Now a major force on tenor and soprano sax, Coltrane is also an acclaimed bandleader, composer, and founder of an independent record label, RKM. It took a while, but his horn speaks for itself, and for Ravi, not the iconic father. “When I decided to pick up the saxophone, it was because I was falling in love with the music,” he said. “It wasn’t because I felt that I needed to do this or because of other people’s expectations. Or that it’ll be cool because my name is Coltrane.”

I first heard the Ravi Coltrane Quarter three years ago at the Dakota Jazz Club, again this past March at Ted Mann Auditorium as part of a double bill with the Roy Haynes Quartet, and now as the headliner for the Twin Cities Jazz Festival weekend at Mears Park in St. Paul last Saturday night. One of the elements that makes this one of the tightest, most exciting small bands in modern jazz is its consistency in personnel—pianist Luis Perdamo, bassist Drew Gress and drummer E.J. Strickland have been co-conspirators since the release of In Flux in 2005, each bringing a unique style and energy to a repertoire of largely original compositions.

A few minutes of light rain started their set at Mears Park but only drew the audience in closer, with Ravi’s encouragement, and the band played on, the journey including the original “World Order” and twists on Monk’s “Round Midnight.” Playing mostly on tenor, Ravi is an elastic improviser with endless ideas, but also a generous leader who recognizes the other three talents on stage, giving them plenty of space to design and resolve their own puzzles. Drew Gress, who appears with some of the most fascinating ensembles in jazz (most recently at the Walker Art Center with his own Seven Black Butterflies band), contorts and twists around the bass as if auditioning for the Pilobolus Dance Troupe, while coaxing solos that perfectly balance the thrust of the music.

If intimidated by the Coltrane brand earlier, Ravi today has the confidence to not only break free but pay homage to his lineage as well, as he did Saturday night to honor his late mother Alice, covering one of her compositions with soaring spirals at the tenor’s high end, while drummer E.J. Strickland provided nonstop thunder (prompted by the weather?). And as he did in March, boldly acknowledging his legacy, Ravi and the band closed out the night with, what else? John Coltrane’s own masterpiece, “Giant Steps.” Somehow there is no disputing heredity, yet there also is no doubt that this Coltrane has taken his own Giant Steps. Genius here extends across generations, the son’s path informed, not confined, by the name Coltrane.