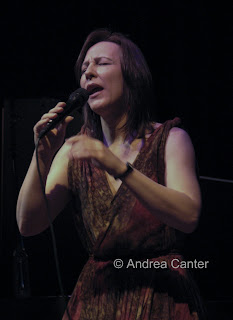 I just posted my “Favorite CDs of the Year” article on Jazz Police (http://www.jazzpolice.com/content/view/7505/79/). I actually dread this annual ritual. Jazz Times gathers the ratings of the past year from its large crew of reviewers and then lists 50 from 1-50. Sometimes I’ve heard as many as half on the list, sometimes there are CDs on the list I haven’t even heard of, let alone actually heard. Down Beat has a similar process, only they use a 5-star rating system and list those that have earned 4, 4 ½ or 5 stars in the past year. That list must be around 100 deep. The Jazz Journalists’ Association asks members to send in their “top ten” lists and this year I complied. I really didn’t have a “Top Ten,” more like a “Top Five” and a long list vying for the next five slots. But three seconds after I emailed my top ten, I knew it was wrong and hopeless.

There were really two CDs that I listened to incessantly from the moment I slid them into the car CD changer (see Maria Schneider and Bill Mays below). There were a lot of others that I listened to a lot before swapping them out for a new batch. There were a number that I reviewed and therefore felt personally involved in a way that goes beyond serious listening. So how meaningful is a top ten list? My feelings about music vary from moment to moment, mood to mood. Am I ready to hear a saxophone, a trumpet, piano or voice? Trio or big band? Solo? Bop or avant garde? Jazz is far too broad and complex a genre for these annual lists!

Nevertheless, I came up with six I would put into my car CD changer if driving away from civilization for an extended period. And then I came up with another twenty or so that I would certainly miss if not able to hear them again. But as I got to the end of the list, I realized I was leaving out some pretty nice albums—and had I generated the list all over again an hour later, there would be some changes.

And let’s face it, who listened to every CD that was issued in 2007? I am still playing catch up with 2003! Or 1973 for that matter. One of the coolest recordings I heard for the first time in 2007 was first issued in 1961, The World of Cecil Taylor. (Thanks to Joel Shapira for recommending it!) Had I heard it in 1961, or even in 1989 when it was reissued on CD, I probably would have lasted through one or two tracks and discarded it. That’s what I did with Taylor’s Unit Structures about ten years ago. It was out of my aural grasp. Now it sounds well within reach. Something I heard in 2007 and tossed aside will resurface with new interest ten years down the road. I can’t even guess which one.

This of course assumes I can only bring along releases from 2007. Right now my surround sound for the road includes a late 90s live release from Irene Krall and a couple from Oscar Peterson, two from the 50s that had eluded my collection til recently. There’s also a pair of recordings from Los Angeles based pianists, courtesy of my friend Glenn who writes for LA Jazz Scene.

There’s jazz in fifty states. I am only familiar with the musicians here in the Twin Cities and a number of those with high profile labels and national distribution. My list of favorites is not too long….. it’s dangerously narrow.

So much music. It will never end. I will never get caught up. I love it.


Photo: Kendra Shank performed at the Dakota last June, shortly after releasing what became my favorite vocal CD of the year (barely a breath ahead of Kurt Elling's Night Moves). Photo by Andrea Canter.
Posted by Canterjazz at 11:04 PM