It’s Only New Once: Don’t Be Afraid of the “Avant Garde” 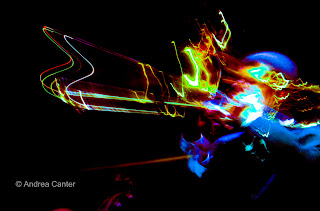 Humans tend to reject the unfamiliar, at least on the first go-round. I detested single malt scotch. I cringed at the idea of sushi. And after one listen I took a Cecil Taylor recording to the used music store.

I still dislike single malt scotch but sushi is now a regular part of my diet. (If only I could coordinate chop sticks!) And while I have not embraced the music of Cecil Taylor, I have started to accumulate a collection of what would have been defined as “avant garde” music a few decades ago (1960s Coltrane, Sonny Rollins, Ornette Coleman, Eric Dolphy); periodically I attend live sessions of artists like Tim Berne, Anthony Braxton, Jim Ryan, and hometown genre stretchers Fat Kid Wednesday and Happy Apple. I even reviewed (positively) Craig Taborn’s Junk Magic.

In Kelly Rossum’s Jazz 101 class, we spent a session recently on the Avant Garde. Just how avant is this music today? Even Beethoven was criticized for his “ultra modern” orchestrations when first published. Our parents shuddered at the new rock ‘n roll sounds of The Beatles and the Rolling Stones. Remember the initial response to bebop?

Avant garde in any genre refers to art (music, literature, painting, whatever) at the outer edge of its universe, but that edge is not static. Ultimately, it seems that everything moves from the outer boundary toward the center as a new wave of “new” pushes out that thin membrane separating inside from outside. Today’s “avant garde” jazz, defined perhaps by such ensembles as the World Saxophone Quartet or Anthony Braxton’s bands, may seem pretty tame and logical in another decade, when sounds we can’t yet make or imagine will then define that outer boundary.

Unfortunately another human tendency is to avoid that which is unfamiliar, dissonant, difficult to organize. Hence I rejected Cecil Taylor after one listen. But as with my experience with sushi, I suspect I might have found some appreciation for Taylor and his odd structures had I listened a few more times, and even more likely, had I seen a live performance. For me, nothing in modern music makes as much sense as when I can see it as well as hear it. What start out as foreign sounds become organized and identifiable, when directly observed.

This “I’ll hear it if I can see it” phenomenon was particularly apparent last spring when I attended a performance by Anthony Braxton at the Iridum Jazz Club in Manhattan. Multi-reedist Braxton is one of the legends of outer-edge music, known for assembling groups of unusual instruments that in turn create unusual patterns of sound. Play a recording of Anthony Braxton and you’re apt to turn down the volume quickly as you encounter bleeps, squeals, scratches, shrieks, scrapes….. a cacophony of wild tones, odd rhythms, combinations that redefine dissonance. So why would I elect to spend one of my few New York jazz club opportunities at a Braxton show? Simple. I was invited. I met Jim Eigo, who runs Jazz Promotion Services in New York, at previous jazz conferences as well as via email, as Jazz Police is one of Jim’s media contacts for CD releases and a number of jazz club calendars. Jim handles the press for the Iridium and usually goes to the club weekly. When he invited me to hear Braxton, I decided I should open my ears for an hour or so and give it try.

I’m still very unlikely to put on a Braxton recording and kick back and listen. But seeing his tentet of mostly young musicians perform a continuous, freely improvised “composition” allowed me to anchor those sounds in the mostly familiar instrumentation that created them, to appreciate the interactions among the musicians, to understand how something as basic as a trombone could create such hair-raising snarls. And often with a great deal of humor. What is funnier musically than a relatively small man surrounded by a circle of saxophones, from sopranino to contrabass? One fits in the palm of your hand and looks like a toy from K-Mart. The other rises about 10 feet from bell to mouthpiece and requires a ladder or raised platform to play. Both tend to be regarded as novelty instruments, and the sheer size and expense of a contrabass sax relegate it to a seldom-heard circus prop. Unless the musician is Anthony Braxton. From the center of his brass galaxy, Braxton rotated from one sax to another as the group composition evolved, each sax giving the desired sound quality for the moment. And when not distracted by his orchestra within the orchestra, there were many sideshows worthy of attention—trombones muted by what looked like serving platters, an alto flute that seemed nearly as long as its master was tall, violins, trumpets, bass and what seemed like rather standard percussion, yet in sum there were no standard harmonies or rhythms. If I had closed my eyes, I would have had little clue as to or who had taken the musical lead, how a certain sound was formed and why it was in tandem with another.

Seeing all this in real time, I still cannot claim to understand all that was happening on that stage or why it was so mesmerizing for over an hour non-stop. I would not label most of the music as melodic or tonal or beautiful. It was incessantly interesting and I would not hesitate to attend a similar production again.

What years ago seemed simply dissonant often sounds today like fascinating harmonies with their own unique elegance. It’s not for everyone. But if you are innately curious about music and wonder about its outer edges, don’t stop at the first screech. Keep listening. And watching.

Photo: Take a very straight-ahead trombonist (Corey Henry) and twisting the heck out of the image....much like a free jazz improvisation? Andrea's avant photo...
Posted by Canterjazz at 2:51 AM