The World On Four Strings 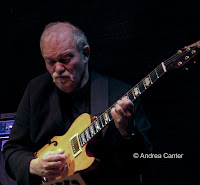 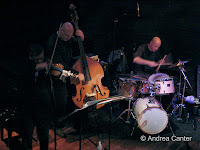 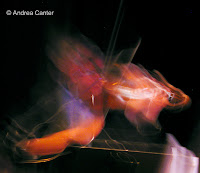 Somewhere between a Bach Partita and an Aaron Copeland symphony, with whiffs of Stravinsky along the way, lies the violin of Mark Feldman, the secret weapon of John Abercrombie’s quartet. Mistakenly dubbed The Third Quartet (the title of their most recent CD, not the name of the band), this is a foursome that defies classification, crossing genres in mid-verse and weaving back and forth among forms, tempos and harmonies without losing their way or the rapt attention of their audience. The late set at the Dakota was reasonably well attended for a chilly Monday night, and a quick look around indicated that the crowd included a number of local musicians—always a good sign. Yet I doubt many were prepared for the depth and diversity of the music, each piece its own world of sound and texture, neoclassical here, bluesy funk there, now downright country. Drummer Joey Baron directed the choreography with graceful sweeps of sticks and brushes, letting loose with a flurry of staccato pops only at a few key break points; bassist Scott Colley seamlessly switched from arco to pizzicato throughout the set, taking an extended doubletime solo in the finale; leader and guitar master Abercrombie was sublime from start to finish. But the show belonged to Feldman, if not by design then by sheer virtuosity. If Heifetz had only stumbled upon Ornette Coleman or even Coleman Hawkins….but more likely even he would have yielded the bandstand to Mark Feldman.
I wouldn't mind hearing his take on Bach.
Photos (from the Dakota, 11/5/07): 1) John Abercrombie; 2) Mark Feldman, Scott Colley and Joey Baron; 3) Improvisation on Mark Feldman. (Photos by Andrea Canter)
Posted by Canterjazz at 1:03 AM